The nightmare can end, but only if we wake up. 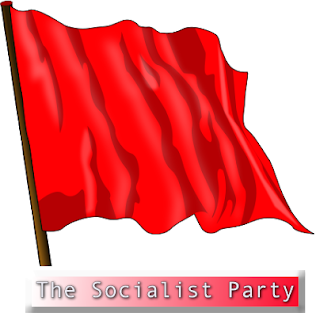 Capitalism is depriving us of a future. The task of today’s PR managers, the industry lobbyists and the media is to obscure the main cause the many problems inflicted upon the world’s population – our economic system, capitalism. For instance there is the increasingly desperate effort to dissociate capitalism from the imminent environmental crisis – to break any perception of a causal link. The chain of cause and effect of war is obscured as “humanitarian intervention” or “defending democracy.” England’s department of education has now ordered schools not to use any materials in the curriculum that question the legitimacy of capitalism. Opposition to capitalism was described as an “extreme political stance” – opposition, let us remember, to an economic system whose relentless pursuit of growth and profit treats the destruction of the natural world as a necessary price to be paid. The promotion of alternatives to capitalism is now a threat to free speech. These desperate and draconian measures to shore up an increasingly discredited system are not about to end. They may get a lot worse.

The Socialist Party is guided by humanitarian principles that seek to empower people, an organisation working to build a better world. It is not possible for the Socialist Party to share the illusion of the reconciliation of classes and the coming of social peace. That we do not share it is what makes us socialists. We know that if social peace is to come it will be not by a chimerical RECONCILIATION, but by the ABOLITION of classes. The Socialist Party is not content with piecemeal, incremental improvements in the conditions of the working class, but instead advances the need for a revolutionary transformation of society that would result in a cooperative commonwealth where workers would democratically determine their working conditions. For sure, there is still room for reform and betterment in the present social system, but this is of minor consequence compared to the world’s crying need for industrial and social reorganisation. There is no longer any excuse for a hungry person. All the resources and all the means are at hand and easily available for the production of all things needed to provide food, homes and healthcare for every man, woman and child, thus putting an end to the poverty and misery. But these tools and forces must be released from private ownership and control, socialised, democratised, and set in operation for the common good of all instead of the private profit of the few. A world of private ownership can never be a free world. Such a world is a world of strife and hate. The Socialist Party’s declared purpose is to abolish the wage-system, and supplant it by a system of co-operation in which society itself shall have full control of production and distribution for its own benefit, and to this end we recognise the necessity of organising the political power of the working class as the means attaining industrial democracy. The Socialist Party offers its encouragement and pledges its support to the fundamental revolutionary aims and purposes of the enlightened workers of every country. Political democracy is only one feature of complete democracy. Complete democracy necessarily includes industrial democracy. Without industrial democracy, political democracy is merely a preparation for democracy. Industrial democracy involves the common ownership and democratic management of production. Socialism is merely an extension of the ideal of democracy into the economic field. At present, industry is ruled by the owners of the  means of production and distribution, who have literally the power of life and death over the working people and made helpless before the system. Socialism proposes to put industry in control of the people so that they may no longer be dependents on others for a job, so that they may be freed from the tribute of profit, and so that they may manage industry in their own way, as seems best to them. Political democracy is to be used as a means for the obtaining of industrial democracy is Socialism a political movement, and in no other sense.

We know not what the people will do when they control the means by which they make their living, but we believe they will use them in their own interest and with a reasonable degree of intelligence. If they do, they can accomplish great results. They can banish poverty from the face of the planet. They can make it possible for every family to have a home and remove the fear of want for themselves and their children. They can make it possible for every person to have a good education. These are not mere dreams, but things that may be constructed into concrete form, whenever men and women have free access to the means with which things are produced and distributed. They have been impossible in the past, only because the earth and its rich resources were withheld from the people by our masters. Socialism holds as its great goal that it shall make living a simple, easy thing, possible to all and to really live. 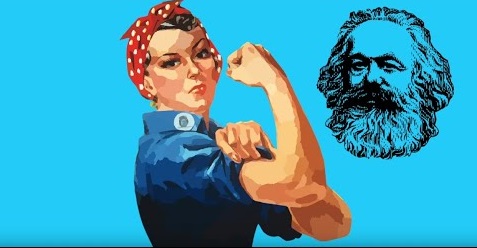