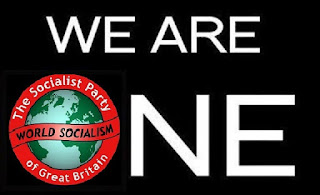 There is no world overpopulation problem. There are some people who consider the population issue as the most important and pressing problem, because "overpopulation" threatens us. The fear of overpopulation is very old and usually arises at periods when the existing social conditions are unstable. Rather than question the manner in which food and other vital resources such as housing are produced and distributed, the blame is ascribed primarily to the excess of people. Even among “progressive” ecologists claim that the danger of overpopulation in the not too distant future lies in the law of "diminishing returns." Many in the Green movement are hopelessly locked into the Malthusian mentality, assuming the inevitability of overpopulation. The soil and our fields become "exhausted", increasing harvests can no longer be expected with climate change and the land fit for cultivation constantly becomes scarcer because of urbanisation. They tell us that the danger of a scarcity of food is imminent if the population continues to increase. Yet with a little bit of study it is found that everywhere the existing mode of production and distribution brings about privation and misery, not a surplus of people.


All sorts of people want to solve the problems of world poverty. We’re told ‘There are too many people in the world for the resources available.’ Experts in the NGOs are blind to both facts and prospects that promise to alleviate the present situation. Their evaluation of world food resources is both pessimistic and myopic. We are now getting near-optimum yields of food. We now have the scientific knowledge necessary to feed twice the present world population, and by the time the population has doubled, if it does – and that is debatable – there would undoubtedly be new discoveries.


People are not poor because they have large families, quite the contrary; they have large families because they are poor because the old and infirm are dependent on their children. Family planning programs become a means of scapegoating poor women. Women everywhere need access to birth control, abortion services and sex education. But they also need adequate health care, housing, education, jobs and child care, so that control over their reproductive lives is actually possible. A declining birth rate is an effect, not a cause of economic progress. Higher living standards will slow down the birth rate.


At present there are seven billion-plus human inhabitants on the surface of this planet. For many malnutrition and disease are the “normal” condition. They dwell perpetually on the margins hungry and homeless.  Even on the basis of present technology it is possible to provide a satisfactory diet for a greatly augmented world population. The problem is not too many people. If people could decide what they produce, there would be more than enough food and homes for many times the world’s population. The problem is that only a minority decide – a minority who want to organise production for their own benefit and for no one else’s. That’s why they promote a false discourse to “prove” that hunger and poverty are not the fault of the rich for deciding not to produce what people need, but the fault of the poor and hungry for being too many.


In a socialist society mankind will for the first time be truly free and living according to natural principles, it will consciously direct its own development. Mankind will act consciously and according to a plan and to the whims of the market economy. With socialism overpopulation will not be an issue. The solution to the population 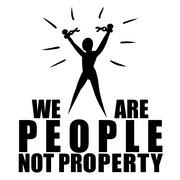 “problem” is to overthrow capitalism for if production is geared to the needs of the people and not to filling the coffers of a few capitalists and their corporations there will be no population problem. It is not people who are “polluting” the world but Big Business.