“We have been naught, we shall be all!”

Working-class unity is the perennial goal of socialists. Unity and solidarity have to be made explicit goals. The Socialist Party affirms its commitment to the principle of internationalism and working-class solidarity the world over, and proclaims its unalterable opposition to war. Modern wars as a rule have been caused by the commercial and financial rivalry and intrigues of the capitalist interests in the different countries. Whether they have been frankly waged as wars of aggression or have been hypocritically represented as wars of “defence” or “humanitarian” interventions they have always been made by the ruling classes and fought by the masses. Wars bring wealth and power to the capitalists, and suffering and death to the workers. They sever the vital bonds of solidarity between their brothers and sisters in other countries. The Socialist Party is unalterably opposed to the system of exploitation and class rule. Our fellow-workers are in ever increasing numbers becoming interested in radical solutions for their problem. The Socialist Party will agitate against against every illusory idea and all half-baked panaceas; against every form and manifestation of prejudice and against nationalism. Our class interest is one with that of the workers of all lands.


In a socialist society, the labour-power of individuals is placed under the management of society, in some manner or another, so the labour that is the expenditure of this labour-power is directly social labour, having a social character from the outset. From a socialist perspective, capitalism is the co-operation of the many for the profit of the few. We observe that the capital invested in modern industry is owned by private individuals, called capitalists, and is used by them to exploit labour primarily for their own private profit. Capitalism is wage slavery, because it binds the workers through capitalist ownership to the control of the capitalist class. At the same time without the cooperation of millions of labourers modern industry, with its accompanying exploitation, would be impossible. The control is actually in the hands of only a few giant corporations and financiers who control lands, mineral ore deposits, oil fields, forests, pipe lines, transport companies, banks, etc. The capitalist class which controls industry is anxious to keep that control and the privileges that go with it. Hence, it strives to control all social institutions. It participates in the writing and administering of the laws. It seeks to control the content of schools, the media and all other means of molding public opinion. In addition, when it has found that it has been unable to prevent the organisation of labour in opposition to its interests, it has sought to control the organisations which have been formed. When unsuccessful in this, it has tried to create disharmony among them and to destroy them by playing one against the other. The Socialist Party emphasises that under the capitalistic system profits are first in importance, the common good, secondary. Therefore, capitalists do not hesitate to disregard the common welfare if it interferes with the accumulation of profits. They are not even above leading the workers to war, if by doing so there is a chance to enrich themselves or to solidify their control.


The Socialist Party believes that most social problems are caused by capitalist mismanagement and greed. We state that to this greed can be traced the need for foreign markets, world wars, race wars,  and discouragement of projects directed toward improving the welfare of the masses. However, the Socialist Party is more critical of the capitalistic system than of individuals who are capitalists. It doesn't propose to reform human beings. Instead, it intends to reform the economic system so that the common good rather than profits for those in control will be the goal. The Socialist Party contends that the solution of modern social problems and the establishment of better social relations requires the abolition of capitalism. Only those few who would lose their special privileges would be worse off, if capitalism were to be done away with. The rest of mankind would be much better off. The original job of the capitalist was to furnish funds and management. Now management is the job of a specially trained section of the class of hired hands, and funds are amply provided out of corporate profits. In other words, the system of corporate administration that capitalists have built up has made them superfluous. 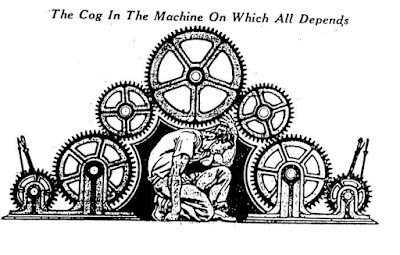