CAPITALISM IS DUE FOR THE SCRAP HEAP 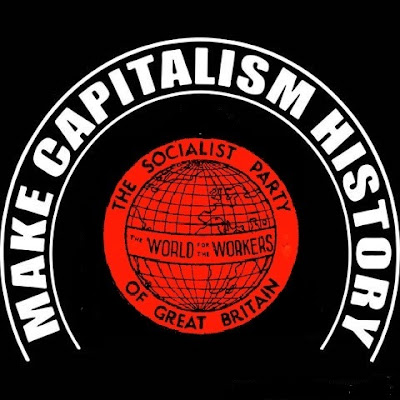 All other political parties live only in the present. The Socialist Party is the only one which has a definite aim in the future, the only one whose present policy is dictated by a general, consistent purpose. Socialists view socialism as the higher stage social evolution of human society. All the accumulated advances in machinery and technology, all that science and art had given to the humanity over generations is to be for use, not for the few, but for the benefit of mankind as a whole. Based on the common ownership of the means of production and distribution, the socialist system is to be built, ending all social oppression by dissolving the hostile classes into a community of free and equal producers striving not for sectional interests, but for the common good. This is the socialist commonwealth, liberating the individual from all economic, political and social exploitation, providing for real liberty and for the full and harmonious development of the personality.


Under capitalism, with its wage slavery, the worker is nominally free; but as the land, the factories and all the product of the worker’s labour belong to the employing class. The workers are at liberty to change their individual masters, if they can, that is all. Wage slaves have ceased to be at the mercy of individual employers, but they cannot emancipate themselves from slavery to the employing class. “Free” and “independent” workers sell their labour power, which is the only commodity they possess, to the capitalists who own or control all the means of producing wealth, including the tools and resources.


There is a continuous class war between wage slaves and the capitalist class, with its parasites. So long as wages are paid by one class to another class, so long will men and women remain slaves to the employing class.


Under the modern methods of production the workers are controlled by their machines, instead of being in control of them. Under the capitalist system of production for exchange the producers themselves have no control over their own products.


Goods are produced, not directly for social purposes, but to be put on the market for sale , in order to create a profit for the capitalists. If capitalists are unable for any reason to produce goods profitably, the wage-earners cease to be employed, though there may be a vast quantity of useful goods glutting the warehouses on the one hand, and millions of people who are anxious to have them on the other.


Rent, profit and interest are all provided by the workers. They are, all three, the component parts of the labour value embodied in saleable commodities by the labour power of the workers, over and above the actual wages paid to the toiler, and the cost of raw materials, incidental materials, etc., needed by the capitalist for the conduct of his business.


Production for profit and exchange by wage labour assumes the existence, from historic causes, of large numbers of people who are divorced from the land and possess no property of their own. The only way to solve the growing antagonism between the two great classes of modern society is, by substituting co­operation for competition, in all branches of production and distribution. This involves a social revolution. The abolition of the present system of production means substituting production for use for production for sale.


Workers have advanced their labour power to the capitalist before they are paid their wages for its use. Capitalists, as a class, run no risks whatever; the unfortunate in the competitive struggle for gain are simply wiped out by their competitors, who benefit by their downfall. Shareholders in capitalist companies rarely or never render any service to the company, or the community, as shareholders. In the vast majority of cases they have never visited the enterprises from which they draw their dividends.


It is not our purpose to meet all the objections, misconceptions and 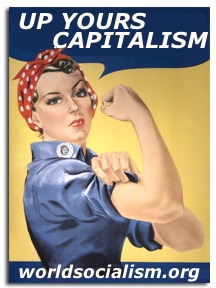 misstatements with which the capitalist class strives to combat socialism. It is fruitless less to attempt to enlighten malice and ignorance. The Socialist Party’s task is to show that the socialist commonwealth is not impossible, not a mere fanciful dream. The capitalist social system has run its course. The substitution of a new social order for the existing one is no longer simply desirable, it has become a necessity. So many false notions about the socialism have been inherited or invented but so long as our vision is turned in the same direction we can prevail.