Fight with us for our futures 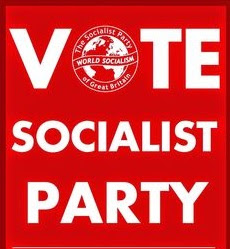 First of all it is a wrong conception to believe that socialism is going to be introduced by a socialist Government acting as an entity separate and apart from the people and managing their affairs for them. There will be no socialism until a majority understand socialism and organise to get it. They will decide what they want done and how they want it done. Once political power has been obtained, they, the majority, will decide how the proceeds of production are to be distributed among the members of society. Apart from the early period when there may be an insufficiency of certain kinds of goods (a heritage from capitalism) goods will be freely accessible to the members of society. There will be no private ownership of the means of life, hence no relationship of employers and employed and no buying and selling of labour-power. In other words, there will be no wages because there will be no system of wage-labour.


Under capitalism the means of production and the products are the private property of the capitalist class. Money serves the purpose (among others) of enabling workers and capitalists to realise in a convenient form their respective shares of the products which the workers produce and the capitalists own; the workers’ share being their wages based on their cost of living. A money system is neither necessary nor possible under socialism. The means of production and the products will no longer be privately owned. The workers will not be in the position of selling their labour-power to a propertied class, and goods will not be the object of buying and selling transactions because buying and selling are only conceivable between private owners. Money will have lost its purpose and there will be no financial questions.


The workers are always having it drummed into them that they have a common interest with the capitalist class in maintaining capitalism. We are not concerned with the financial policy debates that arise under capitalism between the different sections of the capitalist class, although these questions greatly exercise the so-called “left-wing” organisations. They conceive it to be their duty or their interest to try to teach the capitalists how best to run capitalism, whereas we are concerned with pointing out to the workers how to get socialism.


The power of the capitalist to own and control his factories, land, workshops, &c., and only to permit these things to be used by the workers when and on such conditions as he thinks fit, is based on the laws of property and the armed forces which enforce those laws. That power is centred in Parliament and the rest of the political machinery, because it is Parliament which makes those laws and Parliament which maintains and controls the other political machinery and those armed forces. The Bank of England, like other private business concerns, exists and operates only by virtue of Acts of Parliament. It has no "power” and indeed no existence except that which Parliament permits. This fact is obscured by the circumstance that usually the capitalists in control of Parliament and the capitalists in control of the Bank of England either belong to the same group or see eye to eye because they have identical interests.


Very often a question posed to Socialist Party election candidates is “Why stand when you can’t win?” Our reply is that the goal of the campaign to inspire working people with an alternative vision of how society can run. We, in the Socialist Party, need to present a view of a democratic socialist society which can only be achieved through building a mass social movement. The reorganisation and transformation of our society, from a capitalist to a socialist society requires understanding, knowledge and the bonds of fraternity forged in the course of a struggle. The task that lies before us all is to build the confidence and the understanding, the political clarity which comes only through struggle that will enable the workers to take on and defeat not just an individual employer, but the entire employing class. It requires perseverance. Global warming and global warfare are not problems for politicians to solve while the rest of look on.  What’s emerging from all this is that humanity has to evolve for its own survival, and evolution is going to take all of us. We’re all in it together.


Today, the two looming “existential” threats are the possibility of nuclear war, and unprecedented climate change, yet neither of these seems to unduly concern our politicians. Brexit, a dispute between two capitalist class factions makes the daily headlines. Capitalism thrives on war, and we forget this historical fact at our peril. Nor do they seem worried about the drastic consequences of global warming, which has been denied, ignored, or downplayed in the media.


Workers creates the wealth and power that is then used against them. To be competitive, capitalists replace workers with machinery (computers and robotics) and cut wages. Weaker capitalists go bankrupt; their businesses are absorbed by the stronger, and ownership is concentrated into fewer hands. Workers’ organised ability to protect themselves from capital has waxed and waned. Today, it seems to be at a low point. Nevertheless, the capitalist class fears a mass international revolutionary working-class movement with the potential to end their rule and replace it by a productive system based not on the exploitation of the many for the profit of a few, but on human need: from each according to abilities to each according to needs. After a hundred plus years of campaigns to discredit, distort, defame, and demonise, the spectre of such a movement still haunts the ruling class. 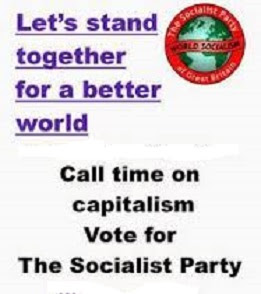