Widespread feelings of discontent can be found around the world yet outbursts of protest and rage are being followed by periods of apathy and resignation. Today’s anti-capitalist struggles require vision. A total blueprint of socialism is impossible but we can elaborate more on what we should expect in a socialist society. The needs of people, not profit, are the driving force of a socialist society. It can only be accomplished by democratising all levels of society. Under capitalism, labour is a commodity. Workers are used as replaceable parts, extensions of machines—as long as they provide dividends. Employers use their power of ownership to devastate the lives of workers through layoffs, shutdowns and neglect of health and safety. Unions, despite their courageous efforts, have encountered difficulties eliminating even the worst abuses of management power. Socialism will dissolve the economic foundation of one-sided management privilege. We believe in the ability of working people to manage their own productive institutions democratically. We do not offer a blueprint to a better future. We present an invitation to all workers to join us in our common efforts to eradicate a social system based on exploitation, discrimination, poverty and war. The capitalist system must be replaced by socialist democracy. Capitalism has failed, and so have efforts to reform it. That failure puts a campaign for the socialist alternative on the immediate agenda. The flaws of capitalism are too basic, the power of the corporations too great, the chasm separating the compulsions of profit and the needs of people too wide, for anything less to succeed. That is the only hope of humanity. Socialism is shared abundance.


Capitalism is the private/state ownership of the means of production, which gives most people no choice but to sell their labour power. Capitalism functions:


ONLY for the destruction of life, but not for the preservation of life.


ONLY for war, but not for peace.


Capitalists often try to cover up their crimes with a cloak of patriotism, but the only patriotism they know is that of the $ sign. When the workers discover the real nature of the profit system they lose all respect for the master class. They see the capitalists in their true colours as thieves and parasites, and their "sacred" private property as plunder. They see state, church, media and university as tools of the exploiters and they look on these institutions with contempt. They understand the identity of interests of all wage workers and realise the truth of the slogan: "An injury to one is an injury to all." When the workers are organised politically and industrially with an understanding of their interests and their power as a class, it is only a matter of time before they abolish wage slavery. With economic control in the hands of the people, production will be carried on for use and not profit, and all activities of society will be for the benefit of the workers instead of for the maintenance of a parasite class. The world revolution of the working people, directly or indirectly, decisively affects the destinies of every one on this planet.


If the workers are to come to a right conclusion, they must first understand clearly their class position and how they are enslaved by the capitalist class. Wage-slavery is different in form from all preceding systems. It is more effective in binding workers to their task while at the same time conceding them the freedom to leave it. How this can be is easily seen without much knowledge of economics. Workers are free to leave an employer but their physical needs compel them to find another. To use an economic phrase, they are compelled to sell their labour-power in order to obtain the necessaries of life. Wages are the price of labour-power. Workers themselves are not commodities, nor are they treated as such by their masters. Every worker is the undisputed owner of his or her labour-power. We can sell it to any capitalist who is willing to buy. We sell it for stipulated periods and can discontinue the sale by giving notice according to the terms agreed upon. These are the extent of the workers’ rights, the actual position. Commodities are always subject to changes and fluctuations in price. The price of a commodity changes under three sets of conditions: when it is produced with a smaller or greater expenditure of labour-power; when supply and demand are unequal, and when the material of which money is made can be produced with a smaller or greater expenditure of labour-power.


The foulest lie of all is the connection which is drawn between immigration and the shortages of jobs, homes, school places, hospital beds. The Socialist Party makes clear that it is opposed to anti-immigrant propaganda.


Immigration controls are about how the ruling class divides and controls us. The capitalist class is for immigration when it serves their interests to expand the population of educated and skilled immigrants to serve big businesses, and to keep a population to work backbreaking, low-paying jobs. In a few years many countries will be faced with a shortage of labour and some have now to become a country where immigrants are welcomed. Who is going to pay for the old age pensions and social services unless There is an addition to the population which only immigration can provide in the years to come.


Racism is an effective way to confuse and divide white workers from non-white immigrants. The racists have taken hold of the ears and minds of the white working class. Many of our fellow-workers under attack are divided, in part because they have learned to absorb the prejudice, mistrust and hatred that the racists preach. We need to wage our struggles for justice with a long-term vision that ensures health care, economic stability and social recognition are available for everyone, regardless of national identity. Workers must be won away from nationalist patriotic garbage and see through the lies. 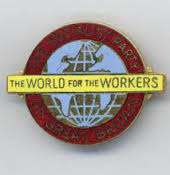