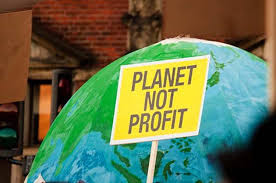 Our world is full of stark and bewildering contradictions. Governments mock the pledges of liberty, justice and equality. Despair and degradation prevail globally. Poverty and economic insecurity exist alongside extravagance. The capitalist class has one basic goal: to make more and more profits, and they accomplish this by dominating the economics, politics, and cultural life of the country. Employers will throw workers out into the streets to starve, promote violent racism, and build a military arsenal that can destroy the world several times over – anything for profits. This is an irrational and unjust system.


The quality of life is deteriorating. Life does not have to be this way. Exploitation, violence, racism and war strangles our lives. Capitalism thrives on the control of society’s wealth and production – production involving the interconnected efforts of millions of working people. We can improve our lives and society, and we can eliminate exploitation and capitalist injustice, by overturning the monopoly capitalist system. We can replace capitalism with a rational and humane system – socialism. Socialism is a social system where social wealth is genuinely controlled by society and for the benefit of society; where the common good, not profits, becomes the chief concern; where the everyday working people become the rightful masters of society. Such an economic and political transformation will be radical, but a radical solution is what it will take to bury the miseries of capitalism. There is no other choice today but for the working people to organise to struggle and, one day, achieve socialism. Each person is faced with the choice of either enduring the suffering of un/underemployment, brutalisation and war; or taking the path of struggle – joining with others who are dissatisfied and know that a better society is possible. Women and men, young and old, and people of all lands are realising we must unite and struggle to survive, to be able to work, eat and live as decent human beings.


Environmental pollution and poisoning of communities are inevitable because of the inherent drive by Big Business for maximum profits, where operations and conditions are governed by the anarchy of the market and competition. Capitalism must be abolished. Working people need to throw the capitalist parties out of office and fundamentally transform society. The entire apparatus of government, set up to defend the interests of the corporations, must be replaced. The needs of working people can only be met by creating a planned economy, where ownership and control are taken from the tiny minority of capitalists and placed in the hands of the working people, to be run democratically.


Today we must look ahead to the future where socialism, as a more advanced social system, will be built on the powerful productive capacities now stifled by capitalism. Socialism will replace capitalism, just as capitalism replaced feudalism. If the working people, and not the corporations, controlled the great resources of our society, we could improve all our lives. We could end environmental risks and dangers and guarantee a long healthy life for all. We could have a society not preparing self-extinction. We could have a society where the foundation is established for complete emancipation. These are the hopes and dreams of socialism. Reorganised on a socialist basis, the world can be free of poverty, economic insecurity and exploitation. When the vast resources available to us are used to serve the needs of all instead of the profits of the few, we will  have won a world socialist commonwealth. Such a society is worth fighting for.


The Socialist Party often hear the comment that "Socialism is a good idea but it’s not practical." But today it’s becoming more apparent than ever that it is the present system — capitalism — that is impractical and unworkable. Reforms will not change the condition of working people. Our aim is to build a revolutionary party on a world scale, to replace capitalism with a socialist world order. A socialist system today would alter not only who controls the means of production but also what kinds of goods should be produced. It would put those who are currently exploited in control of their own products and environments.