The working class are “slave” class. We are the people who produce the wealth capitalism. The urgent task still awaits us — the harnessing of capitalism’s productive forces in the interests of all to banish deprivation from the earth forever. For the Socialist Party, this is not a question of techniques and technology of production, but of social organisation. Appealing to the kind sentiments of the people that run a heartless system won’t get us very far. People don’t get very far if they depend on the moral scruples of the powerful. Humane principles are low priorities in the profit-driven society. By and large, the capitalists from Wall Street and the boardrooms of the corporations already know what they are doing. Many activists have begun recognising the limits of lobbying or traditional protest marches. Those activities are always necessary, and their importance should not be underestimated, yet they’re still insufficient. Workers need to build electoral muscle, wresting political power away from the ruling class. Only by mobilising to take power can we realistically hope to overcome and dismantle the capitalist power structures.


Bourgeois thinkers assume that the triumph of capitalism coincides with the highest attainable summit of human existence. These scholars of history stubbornly refuse to learn from the past when the slow, steady evolution of social conditions exploded at critical junctures into tremendous upheavals which overturned the old order. History is full of such sudden transitions and forward leaps. Capitalism which faces the same prospect as Indian tribalism, colonial feudalism and chattel slavery. It has become obsolete and opposed to progress. The major evils from which mankind suffers are directly attributable to the outworn institution of capitalist private property. The emancipation of mankind from poverty, tyranny and wars is inseparable from the liberation of the means of production from the grip of capitalist ownership and control. The capitalists are destined to be dislodged like the feudal barons and the Southern slavocracy. Uprooting all the abominations of class society, and cultivating everything worthy in knowledge and culture taken over from capitalism, will be enjoyed in its finest forms through the socialist revolution of the working people. Mankind cannot resume its upward climb until civilisation is rescued from capitalist barbarism. The duty of the Socialist Party is to foresee the rebirth of mass radicalism and to prepare its advent by developing and disseminating the ideas of socialism. Our immediate goal is the social revolution. The goal of the Labour Party is legislative reforms. But we know that the promised reforms will not be realised and that, even realised, they will only ameliorate the lot of one section of workers at the expense of the others.


So, we only see one solution: the revolution. We separate ourselves from reformists, for we believe we must fight against everything that slows it down and all that could reconcile us to the current order of things. We are above all socialists, i.e., we want to destroy the cause of all iniquities, all exploitation, all poverty and crime: private property. We revolt against current society not in the name of an abstract principles but for the effective amelioration of humanity’s lot. The revolution we conceive of can only be made by and for the people, without any false representatives. The salvation of the revolution lies in the organisation of the working class. The basis of future organisations of labour is the federation of associations. There will be trial and error. We will not immediately fall upon a perfect system. There will be no divine inspiration, but experience and agreements will tell the individual and the labour associations what society has need of at a given moment. Thus understood, the revolution obviously can’t be the work of a party or a coalition of parties: it demands the assistance of the entire labour movement. The workers have no need of chiefs: they are quite capable of charging one of their own with a particular task.


When the unions demand improvements, salary increases, reductions in working hours, abolition of work rules; when they go on strike to defend their dignity or to affirm their solidarity with colleagues or fellow workers, we have to say to them that none of this resolves the question. We must promote a wider and effective need, for the revolution, for the abolition of private property and government. We must do everything possible to broaden and generalise the movement and give it a revolutionary content. But above all we must support the workers, offer them our solidarity. To turn away from the workers’ movement would mean appearing to be friends of the rich. Even if the economic effects of strikes are partial, transitory, and often non-existent or disastrous, that doesn’t change the fact that every strike is an act of dignity, an act of revolt, and serves to get workers used to thinking of the boss as an enemy and to fight for what he or she wants without waiting for grace from on high. A striker is already no longer a slave who 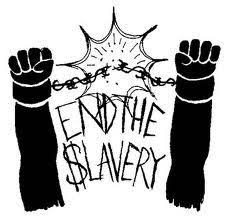 blesses the boss but already a subversive rebel, already engaged on the path of socialism and revolution. It is up to us to help him and her advance along that road. We must prove to the world that socialism isn’t an abstract ideal, a dream or a distant vision, but a vital and living principle, destined to renew the world and establishing it on the imperishable foundations of well-being and human fraternity.