Socialism through the ballot box? 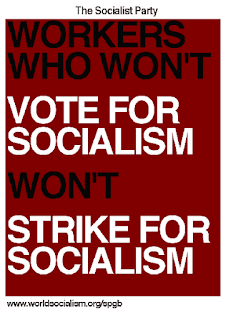 Many detractors of the socialist case criticise Marx and Engels and their early followers as being advocates of violent revolution and are wont to cite statements they made in support of this claim. And it is not uncommon for these same critics to claim that socialist/communists (the words means the same) of today still hold out for violent insurrection as a means to an end. Whilst it may be true that the first communist revolutionaries did advocate violent overthrow of the then existing order, it has to be remembered that it was at a time when they were barred from the ballot box, when they saw violence as the only tool of change, before the Reform Acts of 1867 and 1884 and which enfranchised many workers.*


With the 1867 Act Marx and his associates began to see a chink in the armour of the master class. The franchise was being widened and they knew it would widen more and, as the capitalist class ruled via their executive in parliament, it was possible for revolution to be brought about peacefully and democratically and via the ballot box.


Thus, Resolution IX of the London Conference of the International in September 1871, headed Political Action of the Working Class stated:


In 1880, in the Introduction to the Programme of the French Workers’ Party, Marx wrote:


That the emancipation of the productive class is that of all human beings without distinction of sex or race;


That the producers can be free only when they are in possession of the means of production;


The individual form which has never existed in a general state and which is increasingly eliminated by industrial progress;


The collective form the material and intellectual elements of which are constituted by the very development of capitalist society;


That this collective appropriation can arise only from the revolutionary action of the productive class – or proletariat - organized in a distinct political party;


That such an organization must be pursued by all the means the proletariat has at its disposal including universal suffrage which will thus be transformed from the instrument of deception that it has been until now into an instrument of emancipation.


In insisting that the working class had to constitute itself into a political party “, distinct from, and opposed to, all old parties formed by the propertied classes”, Marx not only infuriated the anarchists, alienated himself from those who hankered after the spilled blood of the master class, he was stating quite clearly that capitalism could only be defeated in the political arena and on the battlefield of ideas.


Whilst the capitalist class derive some power from their ownership and control of the means for producing and distributing wealth, their real power lies in their control over the machinery of state. This power is derived by the mandate the voters give them at election time, voters who can seen no fault in the existing system and will readily support whichever bunch of brigands can hoodwink them the best, via promises and pledges at election time, convincing the workers that they can best run the capitalist system.


Our detractors faced now with the argument that it is possible for the workers to create a mass party capable of challenging the master class in the arena in which they have hitherto been so successful, and taking over the machinery of state, counter that faced with an impending defeat at the polls, they (the masters) would suspend the democratic process and establish a dictatorship. The democratic process, which the workers are ready to use to oust the master class, can now be declared obsolete by bunch of gangsters in high office!


The problem here is that our detractors fail to realise that a mass party, about to take power, would assume that a worldwide socialist consciousness already existed and, moreover, that there had been a change in the general mindset of parliament, with socialist delegates already having been elected. It would assume that the big clashes had already been won by the workers on the battlefield of ideas. The character of government across the world would already have changed as a result of these victories, so there would be no chance of a suspension of democratic procedures, the establishment of a dictatorship or a coup on behalf of those wishing to maintain the profit system.


The majority of governments around the world today rule by the consent of the governed as previously mentioned. And they rule, in truth, because the majority of workers have that false consciousness that prevents them seeing what is in their real interests, not least because of the propaganda churned out daily by the state, the media (press, TV, radio etc), by the education system and via religious institutions. A growing socialist consciousness assumes that in all of these areas the workers have at last begun to reject the lies, the false promises, the state’s version of history, the belief in supernatural beings, the concept of leadership. A growing class consciousness suggests here is a majority that will no longer be bribed with reforms, although it can be imagined that many news ones will have been introduced to win the workers back over to the capitalist cause.


If by some act of desperation and stupidity there was an attempt to suspend democratic procedures and install a dictatorship by force of arms, one would imagine that this class conscious majority would not tolerate it one second. The workers would have no option but to resort to violent methods to defend their interests. But having said this, even this act of desperation on behalf of the master class would be counterproductive, revealing to the last doubters of the socialist case, the true nature of the beast that has exploited their class for so long, revealing that they hold the wishes of the workers in utter contempt and are more than prepared to suspend workers’ hard fought rights and maintain power at gun point.


Socialists, though doubtful such a scenario would be enacted by the capitalist class, would be the first to defend the hard won gains of the workers against any violent backlash by the defenders of capitalism, though quickly restoring the democratic apparatus as soon as the threat had vanished. Make no mistake, socialists, whilst defenders of the parliamentary road to socialism and hateful of violence for political ends, are not died in the wool pacifists. If the master class wanted to fight it out bloodily, we are more than ready to accommodate them.


All said, genuine socialists insist the revolution will be bloodless and brought about by a class conscious majority, aware of exactly what socialism means, and via the ballot box.


* The 1884 Act and the 1885 Redistribution Act tripled the electorate, giving the vote to most agricultural labourers. By this time, voting was becoming a right rather than the property of the privileged. However, women were not granted voting rights until the Act of 1918, which enfranchised all men over 21 and women over thirty. This last bit of discrimination was eliminated 10 years later (in 1928) by the Equal Franchise Act 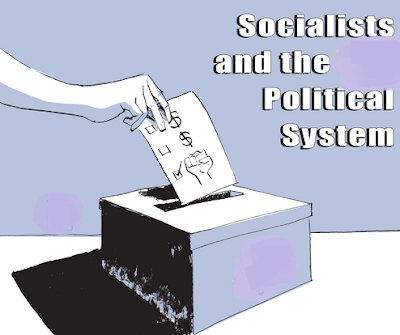