For far too long discussion has been monopolised by the politics of the mundane - how and who will deliver either more or less of the same. It’s time for an explicitly case for socialism that exposes the limitations of capitalism and reveals the political, social and economic boundaries that capitalism imposes while  challenging its apologists on the Right and on the Left.  Socialism has meant many things to many people. How one deﬁnes socialism determines the politics of the matter. Ask someone what socialism means and you get various responses - it means government control, state ownership, regulations, deﬁcit spending, economic intervention by government, redistribution of income, progressive taxation. It’s the welfare state, the mixed economy, or totalitarian state capitalism, the one-party command economy. It has been described the so-called “real existing socialism.” Some have concluded that the very meaning of socialism has been lost and it is quite unfashionable to even utter the dreaded ‘S’ word at all. Often when someone proclaims that he or she is “a socialist”, they have diﬃculty deﬁning what that actually means other than they are for good job conditions, full employment, free health care, etc. In the past number of years there has been a great public and worldwide outcry against “predatory” “globalized” capitalism. The nature of much of this protest has been termed “anti-capitalist”, but being anti-capitalist or anti-capital does not make an individual or movement consciously socialist. The problem with such “socialisms” is that they all leave capitalism in place.


Capitalism is a system of capital creation and accumulation. Capital must not only be created, it must be necessarily accumulated and expanded (and unless accumulated to a great extent the system breaks down resulting in recession and economic crises).  The existence of capital presupposes two things - ﬁrst, a working class which is divorced from, does not own the means of production. The only thing that workers really possess is their labour power, their ability to labour which they must sell for a wage or salary. Secondly, the existence of a class which owns or controls capital, which buys the labour power of the workers and uses it for the creation of surplus value, proﬁt. Thus, capitalism is a class divided society. On the one hand those who own only their labour power, on the other hand those who own capital. On the one hand those who survive by selling their labour power, on the other hand those who gain their existence by living oﬀ the proﬁt (surplus value) created by the other class.


The working class was essentially created. Peasants, serfs, farmers were driven oﬀ their lands, dispossessed of everything they owned, forced into the cities, forced to sell the only thing they had left - themselves, their ability to work. It was either that or starve. In essence, it was enforced wage slavery in which capitalists made use of the powers of the State (laws in Europe in the 16th and 17th centuries were made to that end; the enclosures throughout England and Europe; the destruction of Scotland’s Highland clan system and the forced clearances of the 18th and 19th centuries; the forced dispossession and removal of the Irish peasantry; the imposition of an oppressive colonialist rule in what became known as the ‘Third World’; apartheid; the brutal industrialisation and collectivisation in the Soviet Union and China. The process continues to this day with the destruction of lands of indigenous peoples around the world). Marx was correct. Capitalism came into existence dripping with blood. The distinguishing feature of capitalism is not that capital/property is privately owned or that production is anarchic, that there is no planning. It is that labour is alienated, exploited. If the State, government intervenes into the system, it does not aﬀect the fact that workers remain exploited. If the State nationalises property and eliminates private capitalists the State itself becomes the single capitalist, its bureaucracy the de facto owners of capital. Capitalism as the ‘system of capital’ remains unchanged.


The workers do not produce ‘goods’ for themselves. They do not use their mental and physical abilities as the essential, creative part of their own nature as human beings. They simply produce to the dictates of capital and the need for capital accumulation. They are told what to produce, how to produce it, how fast and under what conditions.


The actual existence of capitalism as a ‘system of capital’ imposes limits to what that system can do. In the end, the system cannot work in a way that is detrimental to capital and all action within this system of capital (reforms, taxation, public works, health care, issues of the environment and ecology, etc.) are determined and restricted by the inevitable fact that capital must accumulate. To the consternation of many the inevitable fact remains that capitalism and capital cannot act uncapitalistically. The politics within capitalism is then a series of trade-oﬀs for those who deﬁne themselves as part of the political Left. Environmentalists are limited to what industry must maintain as a healthy proﬁt margin. Jobs versus environment becomes an issue. Health care workers see public funds frozen, diverted or cut back because the State “just doesn’t have the money”. The same said for education, child care, scientiﬁc research, artistic development, unemployment assistance, etc. Trade unionists end up as supporters of multinationals to maintain jobs against workers in other countries. Unemployed workers ﬁght for jobs against hired workers. Activism reproduces itself as a non-ending activism (i.e., the endless ﬁght for higher wages, better work conditions, societal reforms) in a system that simply cannot deliver. Capitalism not only limits what one can do it also divides people against each other in an acknowledged ‘Rat Race’ that lays the foundation for the politics of despair, racism, sexism, ethnic division as people compete for the crumbs oﬀered.


Socialist politics means radical break from capitalism, then all the premises of capitalism (production for proﬁt, buying and selling of commodities, etc.,) must be fundamentally challenged. Production to the dictates and needs of capital must be replaced by a system of production controlled by society and based on the satisfaction of real human need. Since the very existence of capital implies economic exploitation of a working class then capital itself has to be abolished. Property (the means of producing and distributing) is not to be nationalised. It is to be taken over by the community, the collective, by democratic control of society as a whole. The very real and observable antagonistic relationship between capital and labour can only be overcome by the abolition of capital (and thus the abolition of waged labour). The goal of a society where the individual as part of the collective is able to determine production and meet his or her needs - what we call socialism - is desirable, necessary and achievable. It is in every way ‘practical’. It is those who defend and work through the system of capitalism and expect a society ﬁt for human beings are the ones who are the Utopians. Their ‘practicality’ cannot go beyond the limits of capital. Their proposed solutions to very real problems from joblessness to refugees, from hunger to environmental destruction, are bound up with this inevitable limit. In the end, a society in which people’s needs are met and the possibility of a full, creative life is simply impractical under capitalism. The politics of its ‘shamocracy’ becomes a game of the absurd where billionaires become Prime Ministers and Presidents. 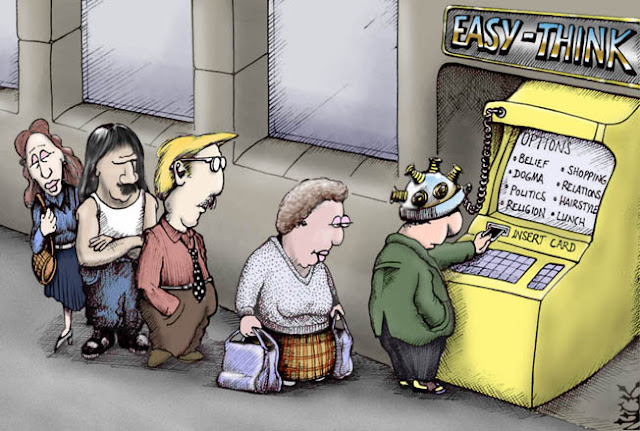