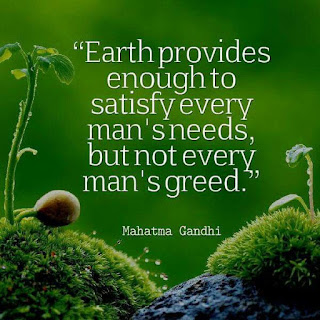 We are told by many environmentalists, some of the stature of the BBC personality David Attenborough, that society overlooks the need for the world’s people, especially the poorer ones, to restrict or curtail their procreative activities. Study Malthus, abolish all religious superstition about contraception and get down to birth control should be a lesson to all. What they need to tell us is how their population reduction cure for poverty is supposed to operate. Perhaps, they argue that there are too many workers and that a reduction of their number would enable the smaller number to push up wages. An argument that overlooks the fact that under capitalism the number of workers who can get work is not a fixed number, it depends on whether capitalist production is expanding or contracting. The fallacy of the theory of the birth controllers is in supposing that unemployment is a direct result of the size of population in a given area of land, thus ignoring the form of social organisation, capitalism.


While capitalism continues, working people, whether more or less numerous than what some “experts” regards as the proper number, will continue to be exploited. Not birth control but socialism is required to abolish poverty.


It is true that the human population cannot grow without affecting the natural environment, sometimes with the risk of dangerous ecological chain-reactions. But the cause of global warming and the vast majority of pollution problems, from pesticide, industrial waste and so forth, could be avoided upon the abolition of capitalism with its reckless race for profits. The way to stop the environmental crises is not to stop having children, but to start cleaning up the economy and the planet. The “overpopulation problem” is really a misuse of resources problem.


People’s readiness to accept the “overpopulation” argument arises from their lack of understanding of the way capitalism works. If millions are hungry, it is felt that this can only be because there isn’t enough food in the world. If millions live in overcrowded squalor, this must be because there is a shortage of living space. If people are homeless, there is a “housing shortage” and that is that.


On the fringes are the white supremacists, self-styled eco-fascists, who envisage a future of climate change refugees invading North America and Europe. They foresee an impending war between the “haves” and the “have nots”. We are ominously warned that the Muslims are out-breeding the white Christian “race” and casting jealous eyes on their possessions and territories. This is highly misleading nonsense.


Capitalism, as a system of rationing and we are constantly told that “There isn’t enough to go round”, so we must limit what we consume. “Overpopulation” is used to make those of us who possess a few basic comforts to be thankful for what we have. Yet if we examine the potential for satisfying human needs which has been released by modern technology, we see that the opposite is the case. In order to thrive, the capitalist system must expand and develop its potential for plenty but in order to survive it also must preserve poverty and scarcity which are its life-blood.
By ajohnstone at March 25, 2019