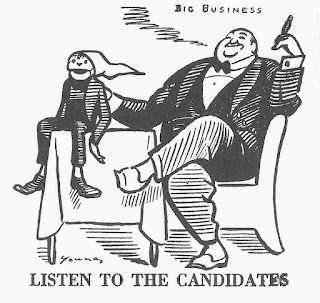 In the world today, our fellow-workers are united under no cause whatsoever beneficial to themselves. Because working people consider politics far too complicated, they place trust in others—namely politicians and the government— and remain employed, exploited and enslaved. Capitalism is not a society of unity. It is based on class ownership of the means of life and therefore on class conflict. It cannot be controlled or moulded by politicians or economic experts into something which it is not. It cannot operate in the interests of the majority of its people. It must continue as a chaotic system of poverty, disease and war. All of that is taught to us by experience and by an analysis of capitalism. Capitalism depends on workers selling their labour power for the lowest wage or salary that employers can get away with paying. Workers are educated, trained and conditioned into believing that wage slavery is freely entered into. Unless the working class act to abolish capitalism, the prospect is dismal — a succession of ineffective governments distinguishable only by their style of empty promises and of the excuses they give for their impotence. We have had time enough to accustom ourselves to that idea — and time to act on what we have learned from it. Only knowledge of socialist principles will make the workers proof against being misled by capitalist and Labour Party misrepresentation. All the resources and know-how which, throughout the world, are devoted to "perfecting" the means of killing could so easily be devoted to ending hunger and poverty. But to do that means campaigning not for a change of government or for nuclear disarmament, but for the only line of defence against war — the establishment of socialism.


The fundamental division between workers and employers in the structure of modem society affects all the relationships within it. It affects feelings, attitudes, beliefs, and has a fundamental effect upon the personality of every individual. The child brought up in a family owning a few million shares, a few thousand acres, and four or five houses to live in has a completely different outlook on life from that of the child brought up in the average factory or office worker's semi-detached house on a housing estate. The children born into a family with adequate capital realise as they grow up that they are part of an élite with the freedom to chose how they occupy their lives. They may also realise that, although they will not necessarily do the hiring and firing themselves when they grow up. and may never even see the mines, factories and offices where their wealth is made, their inheritance of capital will make them employers of other human beings. The vast majority of children, on the other hand, become aware that their future depends upon being able to find someone to employ them. If they want to succeed in this, not only their education but their dress, their manners, their attitude to authority, even their political opinion must conform to the standards laid down by employers.


We are born essentially the same living beings as our ancestors of thousands of years ago; but we learn to think and feel and act from what goes on around us. From school, the newspapers and television, we take in the knowledge of the world's hunger and disease. At other times we learn that “butter mountains" are being piled up, milk poured down quarries, wheat burned, or crops ploughed back into the ground. We may not bring these facts together in our mind to raise questions about the system by which society is run indeed we are actually discouraged by the schools and the media from doing so. Instead we are persuaded to believe that the present organisation of society is eternal — even divinely ordained — and that it is ordinary people like ourselves with our selfishness. laziness and greed, who are to blame. And so. unresolved, these contradictions remain at the back of our mind, causing confusion, frustration, and a vague sense of guilty helplessness.


We are taught that hard work and thrift are the recipe for success in our future "career"; and then occasionally we see members of the ruling class in the news, who never do a day's work in their lives and spend money like water, playing at fox-hunting on their ten thousand acre estates, or racing ocean-going yachts, or shooting grouse on their Scottish moors, while our hard-working, thrifty parents get worn out before our eyes with years of work and worry. Our potential for behaving with affection, generosity, trust and creativity is made to seem naive and ridiculous up against the power of wealth in a society of ruthless competition.


All of us. whether we remain relatively sane or not are inevitably contaminated by the social values that provide the real motive power of capitalist society. The behaviour of capital in its urgent, relentless drive to make profit, which can be reinvested as capital to make yet more profit, regardless of human need or suffering, is the essence of avarice or greed. The very structure of modern society, in which the minority own and control all the means of producing and distributing wealth — and employ all the powers of the state to preserve their monopoly this class-divided structure has insecurity and self-interest at the foundations of society. None of us can fail to be affected by it.


Capitalist society is not a collection of individuals with common interests and a common set of guiding principles, it is a society deeply divided, at odds with itself. Class conflict was built into the foundations and shows up every day in its workings. To criticise workers as being selfish, greedy, unco-operative, deceitful, violent, when these are the main characteristics of the nations and the businesses with which we are compelled to be involved all our lives is to add insult to two hundred years of injury. Certainly, these are anti-social forms of behaviour; but then this is an inhuman social system. As long as we, its working-class majority, allow it to continue, we can expect nothing better. It is only by political organisation and action to gain control of the machinery of government can the capitalists be deprived of their ownership. It is not capitalist ownership that keeps the working class a subject class, but the control by the capitalists of the machinery of government, including the armed forces, which alone enables the capitalists to continue owning. 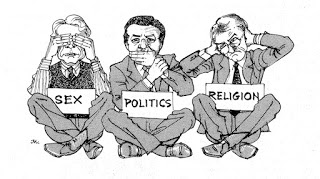