Our Aim in the Socialist Party

The working class has always been inspired by one idea—the overthrow of capitalist society, built on slavery, exploitation and violence. In this struggle of labour against capital, the working class can win only by mustering all their forces against the common enemy. This is why for the working-class unity is imperative. There is but one power that can save mankind from being plunged into chaos and catastrophe. There is but one power which can defend the workers of all countries against political and economic oppression and tyranny. There is but one power which can bring freedom, welfare, happiness and peace to the working class and to humanity. That power is a well-organised and determined working class, ready to fight all who would oppose and prevent its emancipation. The Socialist Party exists to assist the class struggle and the destruction of capitalism. The Socialist Party’s aim is to encourage the democratic organisation and understanding necessary for the working class to achieve its own emancipation. We fight against the division of people into theorists and activists and leaders and led, within and outside the group. We seek to encourage the growth of the  socialist movement in other countries and to work with them towards the goal of world socialism.


Perhaps never as before has the bankruptcy of our social system been more widely recognised. Today we see the beginnings of a desire for change. Yet, today even the limited gains achieved by our fellow-workers are fast disappearing with regular attacks on peoples' living standards. It is not enough to bemoan this situation. We describe ourselves as revolutionaries not because we consider all reforms worthless and to be opposed, but simply because we think that most of the major problems afflicting working people are incapable of solution within the framework of present-day society. By reforms we mean changes in society, whether or not achieved by legislation, which leave the basic structure of capitalism intact. This society cannot be made to work against its fundamental nature by a straightforward accumulation of reforms. Islands of socialism cannot exist within an ocean of capitalism. Thus, although we may be involved in organisations, campaigns and experiments of a predominantly reformist nature, our activity is guided by a set of priorities different from that of the majority of participants.  Workers gained major reforms during capitalism's periods of expansion, precisely because these also helped in capitalism's own development and modernisation. Today, with each recession, even these basic reforms come under attack. Reforms of benefit to workers are not impossible now, but they are certainly hard to come by. The old merry-go-round offers less and less; revolution becomes more and more obviously the solution. As socialists and workers we participate in all the struggles of our class. We do so, not with any illusions. but in order to assist the class struggle. We do not seek to become leaders and manipulate workers. Workers in capitalist society struggle in many ways to assert their needs as human beings against the profit-making motives of capital, to defend their conditions of life and work, and to contest the total control over production and society exercised by the capitalist class. To make advances in these struggles, especially during a period of crisis, workers have to develop the capacity to organise in a democratic way, and unify struggles in different industries, areas, nations and aspects of life.


The socialist aim is the democratically administered social affairs (education, health, design of the environment, planning), and the satisfaction of the real, self-determined needs of human beings, and the fullest possible development of individuals and society. Thus goods and services are produced solely and directly for use, instead of for profitable sale on the market as commodities. Useful work will be re-organised to gear technology to human needs by automation of boring and dangerous tasks, by making goods to last much longer than at present (ending built-in obsolescence) by eliminating wasteful packaging, by conserving energy, etc. As the working class abolishes all classes, including itself, and integrates their members into a single human community, the need for the State disappears. We see various bodies transcending the division between work and the rest of life, and co-ordinating by general assemblies, delegated congresses and councils at industry, area, region, continent and world level. The administrative organs will use whatever aids are available such as computer and statistical systems through which the community can plan, assess and monitor its needs and productive efforts, discuss and make decisions on social issues. Decisions about production will take into consideration peoples desires and needs as voluntary producers, as consumers and as residents, and short and long term environmental and social consequences. Different types of decision will be made and different types of activity co-ordinated at different levels, with the aim probably of arranging matters at the 'least central level consistent with the effective use of technology. For example, although broad energy policy may be decided at world level, the use of local energy sources (solar, wind, geothermal) could enable local communes to satisfy many of their own needs. The community will face enormous problems left by capitalism. It will have to co-operate with the inhabitants if the underdeveloped parts of the world to relieve their impoverishment as rapidly as possible, and enable them to participate fully in social administration. It will have to salvage and protect the ravaged natural environment, re-build the worlds' cities and integrate city and countryside. It will have to reconstruct transport and energy systems, and provide better facilities for children. Priorities will have to be set for concentrating resources on the most urgent problems first - for example, the first problem is to guarantee basic necessities to the whole world population. Although money becomes obsolete when socialism is established, democratically agreed rationing of some goods and services may be necessary for some time until free access to everything becomes possible. In socialism, people will be able to experiment with a great variety of ways of living, working and playing together, and society will develop in ways we cannot now foresee in detail. 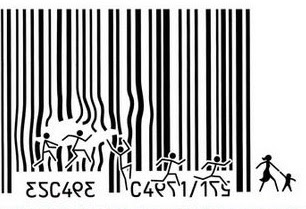