Our aim is world socialism


The Socialist Party is the organisation that can orient the struggle of the entire class. It can bring an overall perspective to each branch of the workers’ movement and unite all the isolated battles into one powerful revolutionary storm. Marxism shows how the working class is exploited by the capitalist class; why capitalism must be overthrown and replaced by socialism; and how workers must fight to realise these goals. This theory provides the essential tools workers need. Our cause is a just cause. It is the cause of all those who are exploited and oppressed by capitalism. It is the cause of the liberation of all humanity.


The founding principle of capitalist production has been every man for himself against all others, and everyone against everyone. This will be replaced by the true principle of human society: all for one and one for all. Imagine how great will be the growth of production, when each person, far from needing to fight against all the others, will be helped by them, when he or she will have them not as enemies but as co-helpers. If the collective work of ten attains results absolutely impossible for one alone, how great will be the results obtained by the large-scale cooperation of all who, today, work hostilely against each other?


What the profit system needs to conceal is exactly what we need to expose. This will speed up our common liberation; people have everything to gain in this universal struggle.  It is within our power to take our place in the fight.


The growth of reformist or pseudo-socialist parties which has been one of the developments of recent politics, while giving little guide to the actual amount of sound socialist knowledge among the workers who have flocked to them, are certainly a proof of the fact that millions of the world’s producers are profoundly dissatisfied with capitalist conditions. Marxist writings are to-day read and discussed to an increasing extent. As the general level of  knowledge is raised the working class will be enabled to take the control of their organisations completely into their own hands, and to dispense with leaders, and thus will be fitted for a more definite and uncompromising attitude toward the employing class. At the same time, we may expect, with the growing perception of the futility of palliatives within the structure of capitalism, the increasing acceptance of genuine socialist positions and the gradual growth of political parties which have for their avowed aim the waging of the class struggle to a successful revolutionary conclusion—the expropriation of the capitalist class and the institution of the co-operative commonwealth. This struggle must be international in its span and primarily political in character. The global character of modern scientific production demands a correspondingly worldwide social organisation and therefore the society of the future must be world-embracing and its establishment will mean the obliteration of national divisions. The class struggle between the capitalists and the workers is necessarily as world-wide as is the capitalist system itself. That the bourgeoisie of all nations are prepared to sink their differences in the face of working-class rebellion and to join hands in the work of suppression we have already ample evidence. We may therefore expect that forcible suppression will become more frequent and ruthless, and thus the class nature of the State, and the mercilessness of the bourgeoisie will be unmasked. As the consciousness of the proletariat grows and is translated into action we may dearly expect further manifestation of the international solidarity of the capitalists in defence of their mutual interests. The necessity for the political organisation and action of the class-conscious proletariat is shown by the fact that the capitalist class to-day are only able to dominate society because of their control over the political machinery.


Representatives of the ruling class are elected to power by the votes of the politically unaware workers, and will continue to be so long as this ignorance remains. Once it is dissipated, however, the workers can just as easily gain control over the complex organisation of government (which is not as the anarchists think, a mere arbitrarily imposed power, but has grown through centuries of evolution, step by step with economic development, and is firmly rooted in the social and intellectual life) for themselves. After constituting themselves the dominant class, the working class can proceed with the work of socialisation, and of levelling to the ground class rule and class subjugation. But to speculate on the manner of doing this is to-day futile. Both the tactics of the revolutionary struggle and the actions taken in the event of victory will be determined by the precise conditions which obtain at the time. It is not for us to dictate to, or even to advise, the men of the future. We who live in the present have our own duty to perform—incessant agitation, persistent education, so that we may build up our organisations strong in principle and discipline, without compromise or falter, and armed at every point to withstand the assaults, either open or covert, of the enemy without or within. To prepare the worker’s mind for revolutionary concepts we may therefore place the ever more glaring contradictions presented by existing society, and the intensification of the antagonism and severity of the conflict between the capitalist class and the working class. But other factors are not without importance. 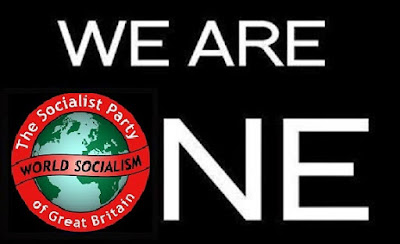