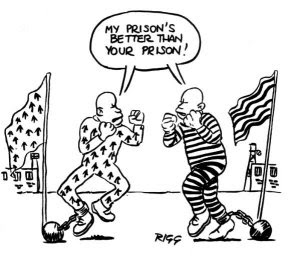 Though it is subject to recurring crises and to progressive degeneration, capitalism will not collapse. It must be overthrown. Political power must be captured by the working class. Though workers are in constant conflict with capitalist social relations, the resulting struggles are generally fought out on capitalist grounds. Class organisation and class consciousness of a sort does develop on this terrain, but it is contained within the fight for "better terms in the sale of labour power", and better conditions for the reproduction of the working population. Capitalism retains sufficient elasticity and resiliency through a mixture of concessions, diversions, and repressions, the ability of to survive a whole range of struggles. The capitalist media is constantly implementing campaigns to undermine, divert, divide, isolate, and repress any potential revolutionary opposition. The day-to-day struggles of the workers against the capitalists do not develop to the point where the class is sufficiently organised and conscious to undertake the revolutionary reconstruction of society. From this it is clear that the struggle for a socialist revolution is not, 'inherent' in the spontaneous class struggle. The crisis of capitalism is not confronted by a unified and determined anti-capitalist opposition. The working class, which must provide the base of this opposition, is so split. Despite the growing crisis and the heightened level of mass struggle, the great bulk of the people are still under the sway of capitalist ideology. Certainly, it is becoming less common to find workers embracing the mythology of capitalism. For sure, a general disaffection affects the entire working class but a rejection of the capitalist culture is rarely linked to a clear positive alternative worldview.  Though there has been a tremendous growth in the numbers of those who are alienated from major features of capitalist culture, few have sufficiently escaped from capitalist ideological domination to be able to see the practicability of an alternative society.


In more and more spheres, the conflict is increasing between priorities dictated by capitalist profit and capitalist property and the popular needs and potentials created by economic and technological development. Organising the workers as a class is not a matter of coercing and cajoling them into 'doing the right thing'. It is a process, fundamentally of developing individuals and collectives that are able to work critically and self-consciously — that are able to set their own goals and work out their own projects for achieving them. Of course, it is just this kind of experience which makes workers aware of their own potentials, and turns socialism from an abstraction into a real and attainable goal. The primary role of the Socialist Party is to discover and articulate the patterns of thought, action, and organisation which embody the potential of workers to make a revolution. The work of the party involves linking these fragmentary autonomous elements and socialising them into a new culture of struggle. This means that the party must emphasise and develop those forms of struggle which show workers the possibility of relying on their own collective solidarity and strength, not on capitalist legality and bureaucratic procedures.  Our perspective aims at the development of an anti-capitalist movement as the engine for the transformation of the reform struggle into a revolutionary movement.


The rule of capital isn't exercised only, or even mainly through the use of overt economic, political, and military power by the capitalist class. It is manifested as well in the capitalist domination of the institutions and organisations which socialise individuals and groups and relate them to each other; not only the factory and the government, but also the schools, the churches, the mass media, the family, the political, fraternal, labour, nationality, social, and recreational organisation. How many times have we heard workers say that, 'socialism is a good idea but it wouldn't work because people are basically selfish (or lazy, or dumb, etc.)'. In the capitalist conception of the world, there is no sense in which 'communism' is a good idea, while the notion that man is inherently selfish is a pillar of capitalist common sense. Through these forms, essential capitalist notions of what is right good and proper are transformed into material forces on the lives of working people. It’s no longer about voting for a lesser evil. It’s about the politics we need for human survival.


We are socialists out of conviction because we see capitalism as harmful to the vast majority of our own and the world’s people. This system we live under, by its very nature, grinds the poor and working people, sets one group against another, and acts violently against people at home and around the world when they resist. We see in socialism the means of achieving a more just, more cooperative and more peaceful society. Are we helping the socialist movement to grow? There is a need for sharing our experiences and knowledge. This process of can only be done collectively, because we need the abilities of many people to overcome our individual deficiencies. We need a broad organisation that can can coordinate activities, consolidate gains, and recruit and involve new people productively. if our work is thorough and well-done, the Socialist Party will inspire confidence among working people and win them over. The Socialist Party offers an alternative which can meet basic needs of people and which is based on cooperation and general, productive and fulfilling lives. Socialism offers a future free from the fears of poverty, sexism, racism, dog-eat-dog competition, joblessness, and the loneliness. As our movement grows, we will be nearer to creating a society that allows each person to create and produce according to her or his ability and to obtain what she or he needs. We advocate and work for socialism–that is, working class ownership and collective control of the means of production (factories, fields, utilities, etc.) and government. We want a system based on cooperation, where the people build together for the common good.


To build a socialist organisation requires that we distinguish between essential and deferred questions. Without unity on essentials, no serious practice is possible. The principles of unity of the organisation are the essential questions upon which there is no basis for disagreement and are the basis for strategic decision-making, and for deciding on priorities. Deferred questions are those secondary to the main task at a given time. Such questions may become important in a future period but until answers become crucial, there is room for differences of opinion within the organisation. People are our most precious resource. 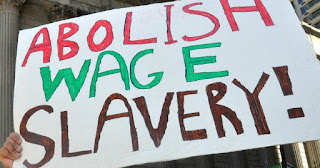