To the Men and Women of the Working Class

The Socialist Party exposes the distortions, the lies, and crimes of those murderers and enslavers who have refused to treat workers as worthy of respect and having the dignity of human beings. We come to explain to our fellow workers the nature of the struggle in. which they are participating. To tell them of the principles for which we work and fight. To reveal what we are confident is the way out for our class from the horrid nightmare of the competitive struggle which sets nation against nation, class against class, and individual against individual. In opposition to all other parties—Conservative, Labour or nationalist—we affirm that so long as one section of the community own and control the means of production, and the rest of the community are compelled to work for that section in order to obtain the means of life, there can be no peace between them. The eyes of the world are upon you. The choice is yours.


Every man and woman of our class has to make a great decision. We choose whether capitalism with all its attendant miseries and horrors is to remain enthroned, or whether we intend to be free people. Indeed, we shall have to choose whether prefer to remain the tools of the employers and the slaves for their profits. The struggle between individual capitalists to realise profits sets employer against employer. The conflict between national groups of financiers sets nation against nation, and produces war. But despite their individual and national conflicts the whole capitalist class stands united in their common desire to exploit Labour. Hence under capitalism the freedom of the working class consists in the freedom to starve or accept such conditions as are imposed upon them by the employing class. But the freedom of the master class consists in their untrammelled freedom to buy Labour to create profit. Thus, the workers are not free. Neither owning nor controlling the means of life, they are wage slaves of their employers, and are but mere commodities. The propertied class created the State machine by conquering the rest of the community, hence arose the dual character of the class war, manifesting itself industrially through the Employers’ Federations, and reflected politically in Parliament.


The worker today is a wage-slave, bound by the pressure of economic wants to compulsory servitude to idle capitalist masters. We are obliged to sell our liberties in exchange for the means of subsistence. We are under the greatest tyranny of which it is possible to conceive — the tyranny of want. By this lash men and women are driven to work long hours and in unwholesome occupations, and to live in tenement rookeries in our city slums that for vileness would surpass the slave quarters of old. The person who has no work or is compelled to submit to wages dictated by a corporation, and is at the beck and call of a master for his or her working-day. Someone thus conditioned is far from free. The real restrictions today are economic. We are prevented from doing the things we would like to do, not by governmental restrictions, but by limited means. We would all like to take a trip abroad. No law prohibits us, but we are restricted by the lack of the needed material resources – money. Today workers are exploited. Socialism will abolish this exploitation. But it is not only freedom of labour but freedom from labour that socialists seek. With a rational re-organisation of industry, eliminating all the wastes of the present system, two or three hours a day or even a week would suffice to supply all the comforts and even luxuries of life. This would secure to the workers the leisure necessary to enable him to develop their faculties and which could be devoted to recreation and travel. There can be no liberty in economic dependence. Someone who is in want or in the fear of want is not a free. No-one is free if he or she does not possess the means of livelihood. As long as we must look to the pleasure or profit of another for a living we are not independent, and without independence there can be no freedom. Freedom will become the heritage of all as soon as socialism is realised, because it will guarantee to all security, independence and prosperity by securing labour to all and recompensing each according to performance. Socialism contains the only hope. True liberty and freedom can only be attained in the cooperative commonwealth. Wage slavery is obviously only chattel slavery in disguise.


The Socialist Party affirm that all land, mines, factories, all means of transportation, and all other social and welfare service shall become the communal property of the people. Social classes thus being abolished, no person shall have the power to employ another person for private profit. The only hope for the human race is in socialism, that system of society that gives to every individual, without regard to race, colour or sex, an equal opportunity to develop the best within themselves. 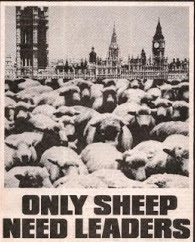