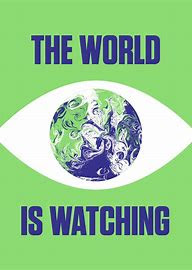 More than 160 organizations launched a campaign demanding that Wall Street and U.S. President Joe Biden cut off funding for companies and projects fueling the climate emergency.

The "Deadline Glasgow—Defund Climate Chaos" campaign is spearheaded by the Stop the Money Pipeline coalition, which targets asset managers, banks, and insurers for their roles in climate destruction.

Anyone who supports the campaign's demands can sign a petition "calling on all financial institutions and the U.S. government to end their support for companies engaged in climate destruction and human rights abuses by the start of the Glasgow climate talks."

COP 26, scheduled to start on October 31 in Glasgow, will be "the most important climate talks since the Paris agreement," the petition says.

The petition points out that over the past year, "many financial institutions―from banks to insurance companies; asset managers to pension funds―have made new climate commitments, such as 'net-zero' emissions by 2050."

"Yet, at the same time they are providing loans, insurance, and billions in investment capital to corporations expanding the fossil fuel industry and deforesting the Amazon and other tropical forests―companies that are guilty of human rights abuses and violations of Indigenous sovereignty," the campaigners continue.

They also highlight that "major new fossil fuel projects, such as Line 3, the TransMountain pipeline, the Formosa plastics plant, and major deforestation projects, could not get off the ground without the support of the financial sector and the U.S. government."