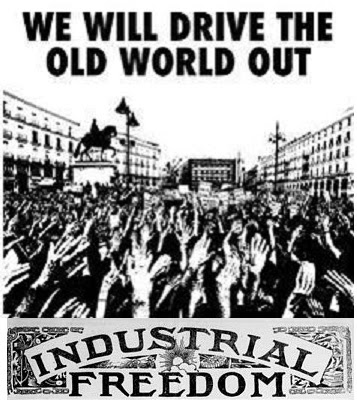 The capitalists grind out their profits from the sweat and blood of the working class. In this, they are no different from the rulers of old. Both feudal lords and ancient patricians lived on the sweat of the lowly.

But capitalism, as we have pointed out, is a different system. Unlike the slave-owner, who was content to have his hundred slaves, each to serve his various whims, the capitalist must expand or die. Chattel slavery and the feudal system stayed the same or nearly the same for hundreds of years. Not so the capitalist system.

It does not matter whether the capitalist is personally greedy, or whether he wants to exchange champagne baths, for whole swimming pools of champagne, or whether he is a nice likeable old lad like the father of the rich heroine in a movie. Regardless of these things, his hired managers and superintendents must whip his thousands of slaves into ever faster production. And the bulk of the surplus value produced by these slaves must be turned into more capital, more machines – constant capital – more contradictions for the capitalist system.

Capitalism carries its own seeds of destruction. The flames of war and the stench of hunger are inseparable from this living-death. It was progressive once – and even though it sweated and tortured millions of workers it still increased the good things of the earth. Now  it is turning good into bad.

Capitalism gestated in the womb of dying feudalism. The lusty infant, in its day, pushed over kings and monarchies, fought revolutions so that the factory system might grow. Now this capitalism, grown old and evil, likewise bears a brand new system within itself. It bears new life as well as death. Factory production only needs to be free of its out-moded individual ownership to be born anew. The world working class is going to act as midwife in a forced birth. It is going to deliver the socialist future cut of the womb of the dying past.

Socialism will do many wonderful things. It will eliminate recessions, starvation and war. We know this for sure.

Capitalism is a system of production and exchange. It is a system under which individual capitalists own the means of production. The great majority of the people operate them. They represent values that the capitalist lays out so much cash for (VARIABLE CAPITAL). Their main product is SURPLUS VALUE (profit.)

The capitalist runs the factory, not to provide the world with shoes and suspenders, but to provide himself with profits. This leads to fiercer exploitation of the mass of workers on the one side; and a sharper aggravation of the capitalists’ own problems on the other, it leads to economic crashes, depressions and wars.

Socialism is an entirely different system. The workers run the factories themselves. By doing so, they produce useful things instead of profits. They put an end to their own status as commodities. They are no longer bought and sold. They no longer have a “value” as they do under capitalism. And their aim is no longer to produce a surplus value above their own wages. Everything they produce is now theirs, and all the world’s.

They produce with an eye to what is needed. They elect a planning board to administer production so they, don’t waste time and energy producing more than the world can use. Thus there are no unsold surpluses except for those they intend to have – if they need to build up a reserve. Thus no scramble for markets to dump the surplus, as under capitalism.

They can expand production without catastrophe – without throwing millions on the street to starve, without breeding wars to take up the products of expansion, as the capitalists do.

But all this is only a beginning. The elimination of war and depression alone would give every human being at least 100 per cent more of the material goods of life. But it will do far more than that. It will reverse humanity’s present plunge downwards to austerity, and turn it into abundance. All the things that can already be made so easily, will be within everyone’s reach. Still newer products will be made. Newer needs will be felt. In a short time, material needs will not seem so important. People will require more beauty in their lives. New needs will arise. They will be satisfied. But there will be no terrible decline again. For when we come to the top of the hill, we can throw up new heights to climb. We will become masters of their own destiny. 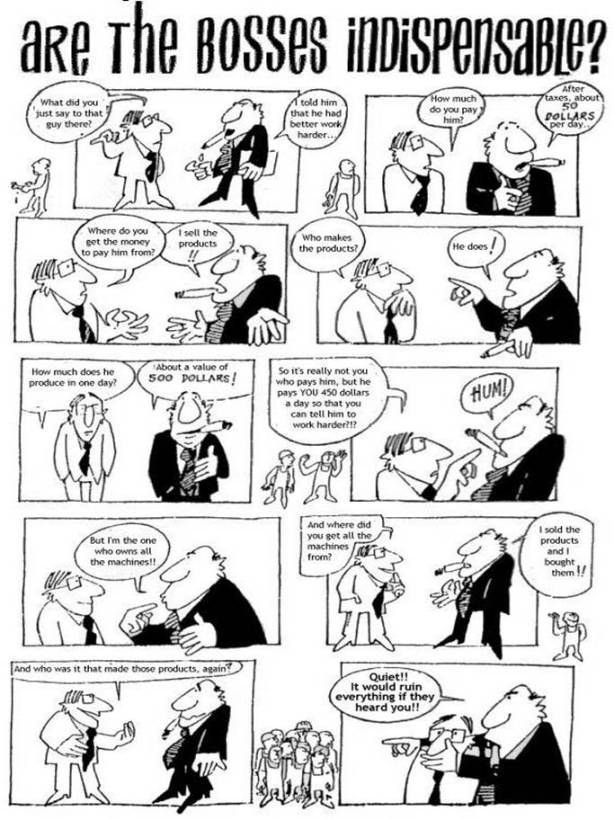