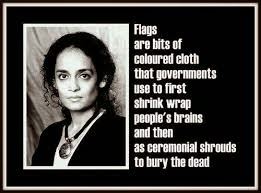 The question of the demand by the Holyrood Government of Scotland for separation is one which really requires full and detailed treatment in order to make plain the correctness of the Socialist Party attitude of refusing to support either the independence or unionist side.

While the problem of Scottish nationalism is, broadly, the same as the other problems of nationalism, it can only be properly understood by taking into account the extent to which many of the present generations are influenced by the events of past centuries, and by dealing with the arguments put forward by the various groups in defence of their actions and attitude.

The Socialist Party view is that the problems and conflicts, arising from capitalism do now prevent, and will continue to prevent, the large and small groups of peoples in the world from living together harmoniously. Neither the creation of small would-be independent nations nor the forcible incorporation of unwilling groups in larger States will work satisfactorily as long as international commercial rivalries keep stoking the fires of national hatreds.

One argument used in the past by left-nationalist advocates of Scottish sovereignty has been that until the national question is settled the workers will never be able to recognise their worldwide community of interest in the abolition of capitalism.

As against this, the Socialist Party points out that nationality problems never will be settled under capitalism. The efforts to do so under all the various treaties since the 18th Century illustrate this. This in itself is a factor that militates against the spread of socialist knowledge.