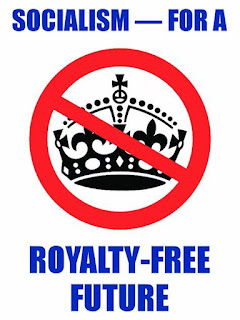 The Scottish government has given the Queen advanced access to at least 67 parliamentary bills deemed to affect her public powers, private property or personal interests under an arcane custom inherited from Westminster. They include legislation dealing with planning laws, property taxation, protections from tenants and a 2018 bill that prevents forestry inspectors from entering crown land, including Balmoral, without the Queen’s permission.

The Queen’s consent procedure, which critics have called anti-democratic, has been used repeatedly by the monarch in recent decades to secretly lobby for changes to proposed UK legislation before it is passed by parliament. The extent of the practice in Scotland, where it is known as crown consent, has until now been unknown to the public.

The royal court and the Scottish government declined to say how many of these laws were amended as a result of the monarch’s lobbying. However, the Guardian revealed how the Queen’s lawyers recently successfully persuaded a Scottish minister to give her an exemption from a law that was designed to cut carbon emissions through the construction of heat pipelines.

The monarchy is allowed to vet draft laws that potentially affect her sprawling private estate around Balmoral Castle in the Highlands.

She is one of Scotland’s largest private landowners, owning about 24,900 hectares (61,500 acres) at Balmoral and a further long lease on 4,730 hectares of Abergeldie estate, bordering Balmoral. Balmoral has been in the royal family’s possession since it was first leased by Queen Victoria in 1848. The estate has received hundreds of thousands of pounds in farming and forestry subsidies. These have included EU funds for the Highland cattle the Queen breeds at Balmoral, environmental improvements, rural development and, most of all, forestry. In 2018, Balmoral was given nearly £107,000 in EU subsidies, including £104,000 for “rural development” projects.

The Queen’s officials recently succeeded in getting the business rate valuations for all four of her grouse moors and “deer forests”, used by the royals for deer stalking at Balmoral, cut by 45%, from £45,600 to £25,500, backdated to 1 April 2017, using widely available appeal powers. There are numerous businesses on the Balmoral estate: holiday cottages, “luxury” Land Rover tours, a nine-hole private golf course, salmon fishing on the River Dee, an estate restaurant, coffee shop and gift shop.

Prince Charles, known in Scotland as the Duke of Rothesay, will inherit the estate in turn when he succeeds the throne, without paying any inheritance tax.

In last year’s Agriculture (Retained EU Law and Data) (Scotland) Act, a letter sent by John Somers, Nicola Sturgeon’s principal private secretary, to Edward Young, the Queen’s most senior aide, in July last year. In his letter, Somers asked the Queen to give her consent to the legislation – a requirement before it can be passed by the parliament – as it had the “potential to affect the Queen’s personal property and interests, and the hereditary revenues of the crown”. He pointed out that, for example, the bill could “result in an increase or decrease in the amount of subsidy that can be claimed”. Somers added that the Scottish government would amend the bill to exempt the crown from being prosecuted over specific offences related to food quality, purity and labelling rules and the collection of farming data, say on pollution, animal health or climate. Somers asked if the bill, and the planned amendments, were “acceptable” to the monarch. They were. Eight days later, Young, writing from Windsor Castle, confirmed the Queen was content to give her consent.

In the unlikely event, Balmoral was suspected of staging a circus featuring tigers, lions or elephants – something now banned in Scotland – clauses inserted by ministers into the Wild Animals in Travelling Circuses (Scotland) Act 2018 mean the police are barred from searching the estate or circus vehicles without her consent. No other private land has that exemption.

Revealed: Queen vetted 67 laws before Scottish parliament could pass them | The Queen | The Guardian

Scottish government is refusing to publish details about the Queen’s secret lobbying of ministers because it would undermine “the appearance of political neutrality” that the monarch adopts in public.

A senior official said the Scottish government put greater weight on protecting its private discussions with the Queen than on being transparent with the public.