This is Primarily a Poor Man’s Problem. 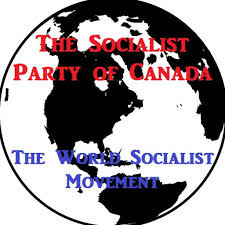 Western Canada has been hit by a massive heatwave which has broken records. It has sent people scrambling for air conditioners strained emergency resources and caused some schools to close early.

In Vancouver, the police said they have responded to 65 deaths since the heatwave began on June 25 and most of them were heat-related. The B.C. Coroners Service said they would normally get about 130 reports of death over a 4-day stretch, but now it’s been 233. Ambulances have been delayed for as long as 2 hours for emergency calls as paramedics are stretched to their limits because of demand across the province.

In Edmonton, the police are handing out water and in Calgary, water wagons are being deployed. The heat is expected to last for a few days then move eastwards so the rest of Canada can sizzle.

This is primarily a poor man’s problem and you can bet your bippy the rich have air conditioning and plenty of water.

The irony is that it’s all part of global warming which eventually will affect the capitalist class too.