The Socialist Party has never abandoned its aim

Undoubtedly we live in a world of great and rapid change—but one thing has not changed, even for the prosperous worker—the dependence on the capitalist for a livelihood, who allows us to live only while our work keeps the employer in opulence. Capitalism poisons human relationships and isolates people, causing immense unseen misery.

The Socialist Party hold that capitalism cannot be improved for the workers. We see no evidence at all to prove the unsoundness of our case. People are now looking for something to be pro and were tired of being just anti.  Only common ownership of the means of production can solve the workers' problems. World society can no longer advance under the capitalist system. National boundaries are like a strait-jacket. The only hope is to end capitalism and build a socialist society. With socialism, the rule of a privileged minority is ended forever. The national resources, transportation system, mines, mills and factories pass into the hands of the people. A planned economy is introduced. The necessity for piling up profits for a wealthy few no longer cripples and binds the production system. Rational boundary lines no longer tie down industry. The new rule for society is production at the greatest possible capacity for the use of the people.

How can there be equality between rich and poor, between exploiters and exploited, between those who control the state and all the main means of production including the news media and those who have nothing but their labour-power to sell to make their living? There cannot be equality between the exploiters and exploited. There is freedom for the rich to exploit and further enrich themselves while the only freedom for the poor is “freedom” to be exploited and thank their lucky stars that the rich are so generous as to provide them such wonderful rights to be exploited and be always at their mercy. The working people should not be confused by the empty bravado of the rich. The rich flaunt their democracy saying people have “freedom of speech” and that there is “freedom of the press”, etc.

This is hardly true. Freedom of speech and press for whom and for what? Freedom of speech insofar as there is no danger to the profits of the rich and once their profits are endangered, then the real beast, the true nature of this democracy, is exposed as the most brutal dictatorship. And the question of freedom of the press is a real joke. The rich monopolise the entire news media and only print the material which serves their interests but still they call it “freedom of the press”. Any honest journalist knows and will admit openly that all the content of the news media is censored according to the interests of the rich. There is freedom of the press for the rich as there is democracy for the rich. Our enemies are the capitalist class, and capitalist henchmen of every kind and stripe. They know that if the workers understood socialism they would flock to its standard and enrol themselves into its membership by hundreds of thousands. Therefore, every power which the capitalists control is directed to slandering the movement, misrepresenting its principles, lying about its methods, and vilifying it. With assumed regard for human welfare, the capitalists, with their lick-spittle apologists have insidiously cultivated the belief that socialism means the violent destruction of human society.

The capitalists calculatingly and cold-bloodedly took, and still take, the advantage of the disposition among the working people to adopt ready-made opinions in preference to forming their own opinions.

The Socialist Party is dedicated to the great goal of guiding the working class out of the blind alley of capitalism and into the planned society of socialism and as a guide that can show the workers the way out of the misery, despair and bloodshed of capitalism into the better world of socialism. The road to socialism is the road to peace and plenty. The Socialist Party believes in the international solidarity of the working class. The interests of the workers extend across all frontiers. We defend the workers of other lands against oppression and against despotism.

Although many workers may have never heard about the Socialist Party, we are not a new party.  The Socialist Party will give the only genuine answers to the most vital problems facing the workers. “But you can’t change human nature!” Everyone who has argued for socialism has heard this which is supposed to be an annihilating answer to “impractical” socialists.

But people do change. The human being is a much more flexible creature than our capitalist-minded friends would have us think. It would be possible to list thousands of facts from history, anthropology, sociology and psychology to prove that human beings have changed their habits of thinking and acting over the years.

Our policies are based on the principles worked out by Karl Marx and Frederick Engels over a century ago. 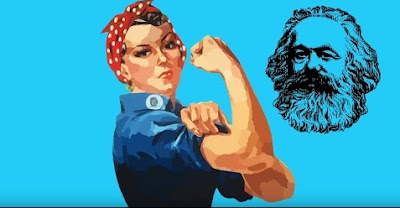