The Aim is Socialism

The principles of socialism are fixed and immutable; the means to be adopted to give practical effect to those principles may change with time, and place, and circumstances but the object aimed at, the end to be attained, remains ever the same. Socialists have agreed our object is the social and economic freedom and equality for all, and the realisation of the highest individual development and liberty conceivable for all, through the common ownership and democratic control of all the means of production and distribution.

Political action is not to be disparaged nor is any other that will help to break down the domination of the master class and hasten the emancipation of the working people. There will be time enough to forswear political action when the capitalist class can no longer strive to retain their mastery of the political machine. Our primary function, however, is to organise a socialist political party, independent, class-conscious, and democratic. The role of industrial organisation lies with the trade unions. The object of a Socialist Party is the realisation of socialism. The purpose of a trade union is to make the best of existing conditions and amelioration of the workers’ conditions in the existing society. The road to prosperity, to peace for all, is the road to socialism. The society of human brotherhood, freedom, that is socialism, is our aim. Capitalist pettiness, narrowness and conflict sap mankind’s potential.

What is wrong with the way today’s society is organised? It is divided into rich and poor. It is a system of exploitation in which the means for producing the wealth (the land, the mines, factories, the machines, etc.) are privately owned. A tiny handful of people possess the means of production. The immense majority of the people own nothing (in the sense that they can live on what they own) but their power to work. By exploitation, we mean living off the labour of other people. The essence of exploitation under capitalism consists in this — that the workers, when set to work with raw materials and machinery, produce far more in values than what is paid out by the capitalists in wages. In short, they produce a surplus that is taken by the capitalists and for which they are not paid. Thus they are robbed of the values they produce. This is the source of capitalist profit. It is on this surplus, produced by the workers, that the capitalist lives in riches and luxury. Capitalism is a system in which the means for producing wealth are owned by a few who live by exploiting the workers, i.e. by robbing them of the values they produce over and above the value of their wages. This society places a premium on wealth. The vast majority of working people toil for the enrichment of the small minority of profiteers who own the bulk of the economy and through their wealth control the entire society.  Profit is the be-all and end-all of economic life; human needs come second — if at all.

The social revolution is no longer an aspiration of the future; it is a fact of reality and must determine our immediate policy and tactics. No dependence upon “leaders” and dealings with the representatives of the employers. The workers must act independently, free from any taint of compromise or opportunism with the capitalists. State capitalism is not socialism and never can become socialism. Capitalism is a system of waste and inefficiency. Socialists seek to change the economic laws governing society and human relations, by bringing order and plan into production.

The Socialist Party has reason and truth on its side. Freed from the clutches of the profit-gougers and their hangers-on, the major industries must be brought into common ownership and the economy must be planned by the people themselves in their own areas of work. The profit system cannot make use of automation for the benefit of society; socialism will. The future society that will be constructed under socialism will reduce work to an insignificant part of daily life and offer the individual the fullest possibilities to pursue his own abilities and interests.

The capitalist system is irreparable, and any programme that is based on any illusions on this score or has this in mind is bankrupt and will only lead to the demoralisation, disillusionment and betrayal of those who count on it. This society can neither guarantee them a secure future nor even promise there will be a future. Either the threat of nuclear war or environmental destruction casts a shadow over the lives of all of us.

The Socialist Party convinced internationalists as we are; recognise that there is no cause of quarrel between the workers of the world; that the worker has no country to fight for, and therefore no occasion to fight. Humanity is at present divided into different nationalities with conflicting interests. To us, with our deep conviction that the only thing that matters is the class war and our eagerness to fight that war to a finish, these divisions and conflicting interests. We say that the interests of the capitalist class and those of the working class are diametrically opposed to each other. 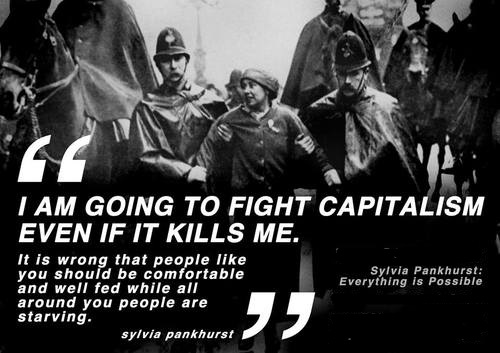