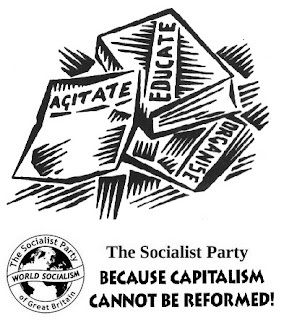 Socialist production develops in a planned way and without interruption guaranteed freedom from crises of overproduction and unemployment. Capitalist production develops without a plan. The growth of production runs up against the proletarian condition of the working people and the relative reduction of their purchasing power. This inevitably brings crises of overproduction, growing unemployment and impoverishment of the masses. Social property is the foundation of the socialist system. Social ownership under socialism extends to the means of production. Socialism only abolishes the despicable character of acquisition characteristic of capitalism, whereby the worker only exists for the purpose of increasing capital. Socialist relations of production are characterised by the emancipation of the working people from exploitation and the establishment of comradely co-operation and mutual aid. Socialist ownership of the means of production gives rise to mutual relations between people engaged in the production process which are quite different from those obtaining under capitalism. Private property in the means of production inevitably divides people, gives rise to relations of domination and subordination and to the exploitation of some people by others, evokes antagonism of interests, class struggle and competition. On the other hand, social ownership of the means of production unites people, ensures a genuine community of interests and comradely cooperation.

The Socialist Party, being the mouthpiece of the needs and aspirations of the proletariat, takes as its aim the emancipation by means of the class struggle of the whole working population from the yoke of capitalist society. To this end, the Socialist Party, closely linked to the working-class movement of the whole world, is carrying on the struggle for the total transformation of the social order. Our fellow workers will take possession of the means of production (land, mines, factories, means of communication), which in the hands of the capitalists are the means of exploiting and oppressing the working masses, and will make them into social property. By suppressing the division of society into classes, the working class will put an end to the exploitation of man by man and will make it possible for all men and women to enjoy the fruits of their own labour and be the expression of the will of the interests of the working population in town and country. The economic bankruptcy of capitalist society confronts the working class with the necessity of the immediate struggle for socialism. The victory of the working class, the destruction of the economic and social bases of the possessing classes, the putting into practice of the principles of the planned socialist economy – all these will lead to the creation of the class-free society, where there will be no exploited or exploiters, nor class struggles, and all the efforts of society will be deployed to the common good. Society will then determine for itself the forms of its confederations and its organisational structure. The victory of socialism means the emancipation of all humanity. Socialism will create free mankind socialism of abundance and joy, socialism that makes real the pursuit of happiness, economically more advanced than capitalism - a cornucopia. 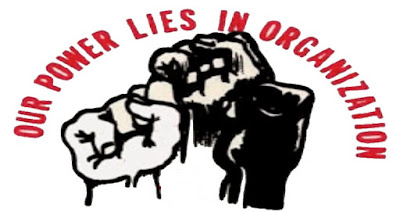