Socialists  want to build, not destroy. 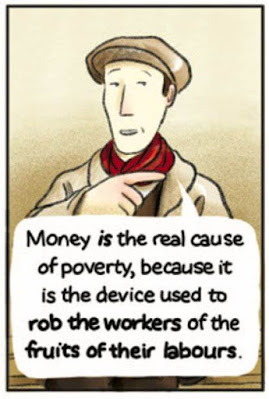 A look at history will reveal the story of misery, exploitation and oppression, barbarism, cruelty, rebellion and repression. A tiny minority have lived in luxury and splendour while the majority have struggled merely to subsist and survive.

The World Socialist Movement’s fundamental principles are the same in all lands, irrespective of nationality, colour, sex or age. The WSM recognises no national boundary lines. The place in which one lives embraces the working class of the world. Every worker everywhere is brother and sister. Across the borders of all lands, socialists clasp hands as comrades. The Socialist Party is the only party that honestly stands for economic justice. Socialism means that all those things upon which the people in common depend shall by the people in common be owned and administered; that all production shall be for use; that the making of goods for profit shall come to an end; that we shall all be workers together.

The campaign of the Socialist Party is and will be wholly educational. To arouse the consciousness of the workers to their economic interests as a class, to develop their capacity for clear thinking, to achieve their solidarity industrially and politically is to invest the working class with the inherent power it possesses to abolish the wage system and free itself from every form of servitude, and this is the mighty mission of the socialist movement. We shall not compromise, nor shall we be deflected in the least by any consideration from the straight road to the cooperative commonwealth.

The Socialist Party is the only party that does not want a vote that is not intelligently cast. No vote is wanted on account of the popularity or personality of a candidate.It is the value of the socialist principle that is taught and emphasised, and if this is not understood and approved the vote is not wanted. Mere dislike and disgust with other parties is not sufficient reason for voting for the Socialist Party. Principles are paramount and the personal qualities and qualifications of the candidates are the last and least consideration. Socialists are not seeking some mythical Moses to lead them to a fabled promised land, nor do they expect any so-called “great man” to sacrifice himself upon the altar of the country for their salvation. Socialists have determined to be their own leaders and to save themselves. They put their trust in principles, knowing that these will not betray them.

The Socialist Party addresses itself to the working class, seeking to develop the consciousness of that class, while it appeals to the ballot for the realisation of its cooperative commonwealth. It is the only party that is unequivocally committed to their economic interests, to the abolition of the wage system and the freedom of the worker from exploitation and every other species of servitude. One class is small and rich and the other large and poor. One consists of capitalists and the other of workers. These two classes are at war. Every day of truce is at the expense of labour. There can be no peace between these two essentially antagonistic economic classes. Nor can this class conflict be covered up or smoothed over.

The Socialist Party is the party of the workers, who are on the right side of this worldwide struggle, and, although a minority today, it contains all the elements of self-development and will expand to majority proportions to inaugurate the impending change as certain as the forces of industrial evolution is undermining the present system and making that change inevitable. The Socialist Party is the party of the present and of the immediate future. It believes that the competitive system has outlived its usefulness, that it has become an obstruction in the path of progress, that, like feudalism, from which it sprang, it must pass away to make room for its cooperative successor. 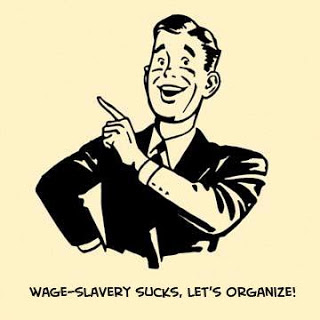