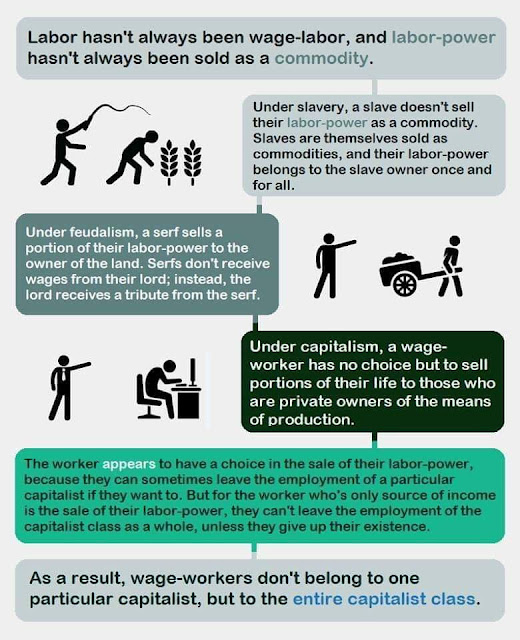 Within the growing movements against war, for social justice, and for an ecologically sustainable society there is an increasing sense of understanding that capitalism can only create a world of war, injustice and environmental destruction.  There is however widespread confusion and most lack a vision of what might replace today’s society.  The World Socialist Movement (WSM)proposes a vision in which socially validated needs form the basis of production and in which democratic bodies resolve conflicts over whether a need is socially validated or harmful. This contrasts with the market vision in which production continues on a commodity basis.

Such a society provides a framework for coping with any emerging environmental crisis, as it does not require perpetual growth. It offers a different view of what kind of new world to aim for.

No one will need to, nor be able to, sell their labour-power. This is the minimum criterion for a society based on socially validated need, since selling one’s labour-power makes it (and its products) into commodities with exchange value. People will nonetheless work, not out of a need to get pay in order to live, but as part of their expected duty to others and, hopefully to an increasing extent, because we are able to re-design work so we will enjoy much of it. An enormous amount of our lives under capitalism is shaped by the need to save time so we can use it on long commutes to work, on long hours working, and on shopping for clothes and other things we need to get and hold a job. Instead,  we will want to value friendships wherever we work, and in our communities, and having time to think and contemplate our lives. This can give more of us time to enjoy ourselves.  We can reorganise our lives around producing for use rather than producing commodities to exchange, we can get away from a culture of competition and compulsive consumption and start to build a society and culture where we can care for each other and enjoy time talking and playing together.

The WSM proposes that we will establish systems of democratic and widely-participatory workplace councils and neighbourhood councils to make and carry out a wide range of local decisions, likely to involve direct democracy to a large degree. We will need to establish higher-level democratic decision-making bodies based more on delegates.

Production will not be buying and selling. To be clear, the process is neither exchange nor barter but rather a distribution, because those getting the products do not pay, trade or in other ways reimburse those distributing them.

The distribution of products and services will have to be based upon need. This means that if a community, person, or workplace needs steel, rice, a laptop or special tools, they have the right to ask for it from those who can provide it. It also means that those they ask will see themselves as having a duty to provide for this need if they really can do so and if they do not see fulfilling these needs as harmful.  If someone needs something, and it can be provided, it will be unless this will create an undue hardship for the producers or for others with more priority who might have to wait for the product, or if we think the product or need is in itself harmful. In such instances of disagreement, the issue will go to adjudicators for a democratically-based decision. Once in place and up and running, this system of free access and production for use should be able to provide everyone with the decent living standard

We have always maintained that the spread of socialist ideas does not depend upon the existence of the WSM, but that they arise from the system under which we have to live. It is understandingly disappointing to ourselves that month after month, year after year, our fellow workers appear to be too satisfied with the capitalist system — or too apathetic — to want to put an end to it. They seem to look with an almost fatalistic resignation that they will still continue to live under capitalism and will have to suffer the worries and indignities of that system.  The WSM seeks to cultivate a  world-consciousness, for workers to realise their common position as inhabitants of the planet earth which the capitalists will continue to divide and rule.

It should go without saying, moreover, that there is absolutely no justification in the world today for the many hundreds of millions of hungry and homeless. It’s not only unnecessary, it’s a crime against humanity.  A planned economy would increase productive forces and would permit a swift switch from the capitalist economic system to the socialist mode of production and distribution according to the principle—from each according to ability and to each according to need. 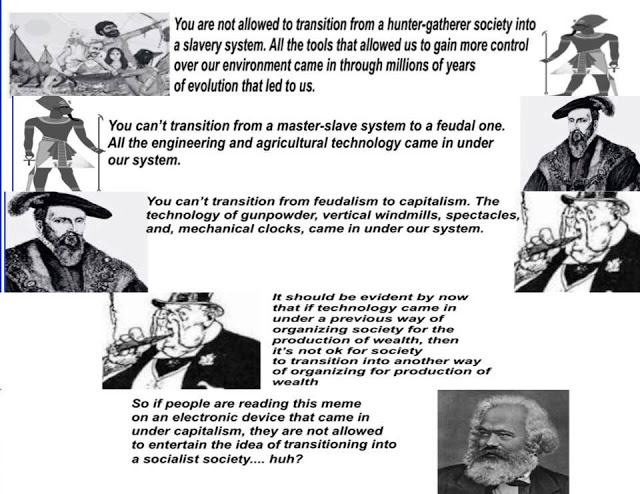