Socialism - The well-being of all 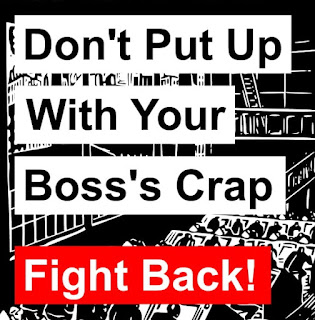 There is great confusion in the world today over what is socialism. Our aim in the Socialist Party is to try to acquire some clarity.

The industrial and political situation under capitalism will continue to give birth to social problems which will demand the earnest attention analyses of the Socialist Party. We are confident that we are capable of overcoming the difficulties which lie between now and the cooperative commonwealth. Our single demand is the conquest of the powers of government for the purpose of introduction of the cooperative commonwealth, i.e., the revolution. There could be no other fault to find with “immediate demands” than their uselessness.

Socialism is a society run by the working people. They decide how socialism works. It ends the split of humanity into the haves and have-nots.  Nationalisation is not socialism, nor is there a “socialist” sector of a “mixed economy”. Such nationalisation in a capitalist society is simply state capitalism, with no relation to socialism.

Nor is what is called the “Welfare State” socialist.  “Welfare” in a capitalist state, is to improve the efficiency of that state as a profit-maker, is not socialism but another form of state capitalism. Various governments introduced certain reforms which ameliorated the effects of some of the worst features of capitalism in the spheres of health, housing and family support. It was an improvement on capitalism with no welfare, just as a 40-hour week is an improvement on a 60-hour week. But it is not socialism. The “Welfare State” can also be called the Means Test State.

It is true that the Labour Party once had Clause 4 in its constitution a ‘pledge’ to work for the socialisation of the means of production, distribution and exchange. Some Labour politicians even talked about socialism, but in practice, they carried on running capitalism. The essential feature of capitalism, that very thing which makes the system one of exploitation and robbery of the mass of wage workers by the ruling class of capitalists, namely the private ownership of the means of production and exchange, this remained untouched. That did not stop the exploiting employing class from denouncing such government policies as “socialist”. They made the most of their control of the media and almost all sources of information to imprint this big lie into people's minds. This was nothing new. The second paragraph in the ‘Communist Manifesto’ reads: ‘Where is the party in opposition that has not been decried as communistic by its opponents in power? Where the Opposition that has not hurled back the branding reproach of Communism, against the more advanced opposition parties, as well as against its reactionary adversaries.’

We judge a political party by its deeds, not just by its words. It is obvious that the Labour Party and many other “workers” parties around the world are pro-capitalist that operates capitalism on behalf of the possessing class. There are many workers who have belonged to these parties but this by no means make them a political party of the workers. All their “socialism” and “socialisation” amounted to was state capitalism, in which the state is controlled and run by the capitalist class. The capitalists as a class – manufacturers, landowners and financiers still received from the labour of the workers their large incomes in the form of profit, rent and interest. All were forms of surplus-value, having their origin in capitalist production which was based on the special value-creating commodity bought by the capitalists – labour-power.

Socialism will lift the level of the productive forces had been greatly raised and an economy of abundance will be attained, and also the cooperation between people had become a matter of everyday life, of simple social practice because their outlook had been transformed, then the distinctions between town and country and between mental and manual labour had been abolished, could the abolition of economic classes be treated as fact, and the principle of communism be applied, that is:‘From each according to ability, to each according to  needs.’ 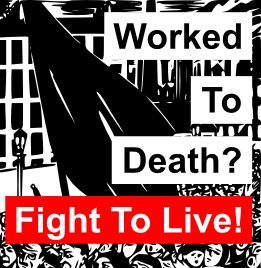