What Shall We Change?

We know of millions of fellow workers who have been suffering from capitalism all their lives, and yet, so powerful are the uses of advertisement, they are convinced that capitalism does not exist and that poverty is an act of nature.

Capitalism is based on competition. The means of production are owned exclusively by a section of the community; those that are dispossessed must sell themselves to the owning section in order to live.

The owning class give those who sell their life force to them sufficient to keep going as producers of commodities which become the property of the owning class as they are brought into being.

To sell you must find a buyer. The only portion the worker can buy is that equivalent to the wages he receives; all over and above this amount must be disposed of elsewhere.

Markets are found abroad which temporarily relieve the situation, but as the productivity of labour increases, and more and more countries are brought within the orbit of capitalism, the difficulty to sell is intensified.

The world is scoured for raw materials by rival gangs; the wage slaves are driven faster and ever faster so that relative cheapness can enable one exploiter to undersell another, but all in vain.

The markets are decreasing comparatively and the powers of production are increasing. The capitalist class must sell in order to realise profits and yet they are compelled to set in motion factors that make the necessary sale ever more difficult.

The unemployed grow in number in all lands and eventually the situation becomes so bad that the harder pressed gangs of exploiters become desperate, arm their slaves, and demand at the point of the sword certain concessions in the way of a right to raw materials, markets, etc., from their rivals—the war is on.

Amidst the flag-waving and the beating of the war drums let our battle-cry be “the common ownership of the means of life.” When amidst anguish, made bitter by grinding poverty, the disillusioned wage-slaves cry out “What shall we do?” We give the answer. Free yourself from the chains of wage slavery. Make the means of life common property.

We have solved the problem of production. We can produce all that is needed to supply the necessities of life, as well as some of the comforts of life — education and the opportunity for recreation — to all the people. And yet all but a very few are not sure of their livelihood. The existing industrial system is a huge profit-making machine, which has no relation to the happiness and well-being of the people. If the work of reconstruction is to result in a better world, its aim must be the abolition of the profit system. If common ownership is to solve our problem of reconstruction, it must come hand in hand with industrial democracy. Together with the establishment of collective ownership of industry there must be developed the democratic management of industry by the workers' Industry must no longer be conducted as a private business for profit but must become a coordinated, collective process conducted for the purpose of supplying human needs and comforts. Such a transformation can only be accomplished by taking the ownership of resources and means of production and distribution out of the hands of the present owners and vesting the ownership in the people collectively. We can through socialism — through the organisation and coordination of our powers of production, eliminate waste and will enable us to bring into existence more than enough wealth to give a high standard of living.

There is no hope for the working class if they continue to support the political parties representing the interest of the capitalist class. The idea that socialism would be established through a series of legislative acts extending possibly over a decade or two has been shown to be an illusion. Socialism will not be legislated into existence but will be established by a mass movement of the workers. The legislative acts will merely give the accomplished fact the stamp of approval as the will of the majority. The struggle of the working class will henceforth be a political struggle for control of the state because it must gain control of the government before it can hope to establish democracy in industry. For the working class to endeavour to take control of industry while all the repressive power of the class state remained in the hands of the capitalist class would be to invite destruction. The work the workers have to do, the way to freedom, is through building a class-conscious political movement which will carry on the work of educating the workers to an understanding of the system of exploitation which now exists and the class character of the government and to organise the workers for the struggle to wrest control of the government out of the hands of the capitalist class. The Socialist Party is the medium through which this task can be done. At the same time, it is an essential part of the work of the workers to build up organisations in the industries themselves, having as their goal to supersede the capitalists in control of industry. These organisations in the industries are the beginning of the new industrial order that will expand and grow until they become a huge cooperative organisation of the workers for control and management of the work of production and of all matters pertaining to their common interest. 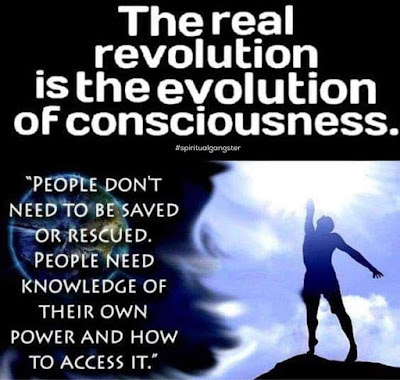