We Seek a New Type of World 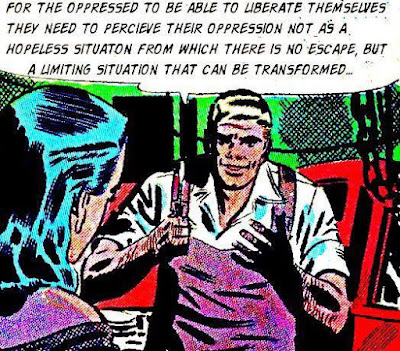 Do you really believe that any war is in the interests of the working class? capitalists may wish to grab mines and ore deposits abroad but for you, there is nothing to be gained. Money men may hope to make millions with speculation on the foreign markets but for you, it is all for nought. There is one war which you should fight not with artillery, but with organisation - party groups and trade unions. That is the class battle in which you should enrol yourselves. That war is not against a foreign enemy - that is only a decoy with which they try to lead you astray - it is against the internal enemy, the enemy of the people's happiness, of progress and human civilisation and that, is capitalism, private ownership of all means of production, factories and machines, mines and land. We will do away with capitalism in this war. Knowledge is power. You cannot begin too soon to absorb the world of thought of socialism. We must understand how to turn unconscious fellow-workers into conscious socialists. The circle of conscious socialists will spread more and more, and that must be our aim. This education of real conscious socialists is an indispensable part of evolution.

Socialism means a society of associated producers that is characterised by common ownership of the means of production, the immediately social nature of labour and the planning of production to satisfy needs (production of use-values and not commodities). It means a class-free society without a state. Such a society can exist only if it is managed by the producers and consumers themselves and only if it takes its destiny into its own hands. It must free itself from the tyranny of the “laws of the market” (the law of value), from the tyranny of despotic authorities, and from that of the State.

The productive forces have developed to such an extent that they have now created the preconditions for the abolition of all poverty. A worldwide redistribution of the resources and net products required to eliminate famine and poverty does not necessarily imply a fall in the standard of living enjoyed by the average producer in the developed world.

Capitalism is completely incapable of solving the problems of the world peoples. There is the colossal wastage of warfare and the insanity of national frontiers. More...More...More, is the capitalists' insistent theme. When the diseased economy breaks down the capitalists demand that the working class pay the price with cuts in living standards to restore profitability.

The capitalist case is that they perform a service to society, but in doing so they generally have their own profit in view. Production dominated by private interest is necessarily anti-social, giving rise to the waste of social resources. In order to obtain a production directed towards social ends, society must control production absolutely, that is to say, the common ownership and control of the industries and services essential for the satisfaction of the people's needs should pass from the capitalists to the community. Socialism is the systematic pooling of production. Socialism is not an “improved” nor a “more just” version of the system of wage labour, but a wholly new mode of production.

Our labour, or rather our power to labour is what we must sell to employers from day to day and week to week in order merely to live. No matter how enormously the capacity to produce wealth may increase only a fraction of the value of the work we have done goes to support ourselves and our families. All the rest of the value which we create goes to be divided up among the landlords, capitalists, bankers, money-lenders and so forth. The increasing wealth benefits them and us very little, or not at all.

There is not a worker in the world today who can indicate with any degree of clearness how we can bring about the cooperative commonwealth except along the lines suggested by the Socialist Party. We stand for socialism, the abolition of capitalists. We believe that it is possible so to organise production to end poverty, inequality and war. Economic and social development has brought us unconsciously, and through much sorrow and misery, to the point where this transformation is possible. It is for us to benefit ourselves and others by understanding, and taking advantage of, the work which our predecessors have done. 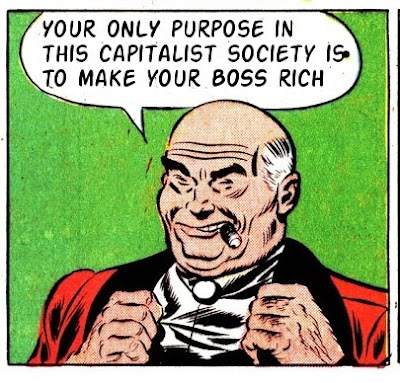