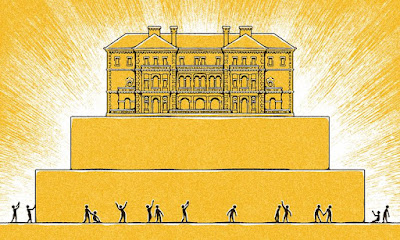 What the plutocrat calls progress – palatial mansions, sycophantic servants, luxury limousines. designer clothes, a profusion of jewelled trinkets – sickens the socialist. The plutocrats promote the patriotism of prejudice, of the plunderer and the pilferer, the patriotism of the property owner and the profit-monger. Perish the plutocracy. A vast amount of ignorance prevails against socialism. The ruling class the world over hates it and must decry it. To the plutocrat it is a peril; to the proletarian a promise to all the oppressed and downtrodden on the planet. Plutocrats glorify this capitalist system of robbery as the foundation of democracy. The Socialist Party is organised for the very purpose of destroying despotism and establishing democracy, to end the most brutal autocracy on the face of the earth, that of capitalist rule. The Socialist Party exists to arouse the apathetic from their dangerous sleep.

If we were civilised human beings, we would share in the hunger pangs of our fellow men and women and little children, even if we can not see them. The Earth is ample with the fullness and fruits of its produce,  sufficient for all the children of men, women and children. We can possess no stronger reasons for being a socialist demanding the overthrow of capitalist misrule, and the tragedy is continuous, upon the social fabric upon a basis excludes of cooperation, collaboration, and compassion. Partnership with the plutocracy is a fraud upon the workers. Capitalist society’s cornerstone is wage slavery. The control of industry today is left to the care of individuals whose sole concern is to make profits for themselves, although life and death depend upon industry.

By socialism we understand the system of society in which  production is for social use; that is, the production of all the means of social existence — including all the necessaries and comforts of life — carried on by the organised community for its own collective use. Today, production is carried on purely in the interest and for the profit of the class which owns the instruments of production. In socialism,  production will be carried on for the use of all and not for the profit of a few. Socialism does not mean governmental ownership or management. The State of today, nationally or locally, is only the agent of the possessing class. Socialism is essentially revolutionary, politically and economically, as it aims at the complete overthrow of existing economic and political conditions

The Socialist Party’s vision is one of a new world, a better world, a world worth fighting for, a world to win, an end of the miseries and exploitations we all endure and suffer. Capitalism, for the first time in history, has developed productive forces so huge that everyone in the world can share in what is produced. There is now no longer any need for class society. No person knows exactly what the future society will be like at any given stage. But we do claim to know the direction in which it will tend and this knowledge we teach. Education is not achieved in a day.

Stated simply, the aim of the Socialist Party is the common ownership of the means of production and distribution, and the consequent economic equality of every human being on earth. As plain as this statement is, there are people who construe it to mean all kinds of silly and grotesque things, which no socialist thinks, and which makes socialism seem supremely ridiculous to so many people. The trouble is not with socialism, but with what these people imagine to be socialism. The Socialist Party is basically peacefully preparing the way for the socialist commonwealth. The organisation of industry upon a cooperative basis is its aim. Rent, interest, and profit in every form are to disappear and with them the small clique of parasites. Socialism is the only possible cure for that poverty and its countless accompanying festering ills. Every piece of technology will be used in reducing the hours of labour. The industrial prison, now called a factory, will be transformed into a temple of science and art. Peace and plenty will abound. The cooperation of all for the good of all will inspire compassion for all. The Socialist Party plan for a world free from want. The Socialist Party is the champion of the working people. Granted that the danger of society’s relapse into barbarism now looks more menacing than ever. Throughout history every advance in mankind’s power has increased its capacity for oppression and destruction but

‘Dum spiro spero’ – ‘As long as I breathe I hope’. Socialists presuppose an abundance of material and cultural wealth, that will enable society to satisfy the needs of all its members and abolish class divisions.

Socialism cannot be brought about within its national boundaries. Socialism and the nation-state are incompatible. Socialism cannot be achieved within a single country. The Socialist Party is the only world political party. A socialist is a socialist irrespective of nationality, colour, or sex. The socialist recognises no national boundary lines. The nation in which he lives embraces the working class of the world. Every worker everywhere is his brother and sister. Across the borders of all lands, socialists clasp hands as comrades. The socialist movement, therefore, is a world movement. It knows of no conflicts of interests between the workers of one nation and the workers of another. It stands for the full freedom of all humanity. Socialism means that all those things upon which the people in common depend shall by the people in common be owned and administered; that all production shall be for the direct use of the producers; that the making of goods for profit shall come to an end; that we shall all be workers together. 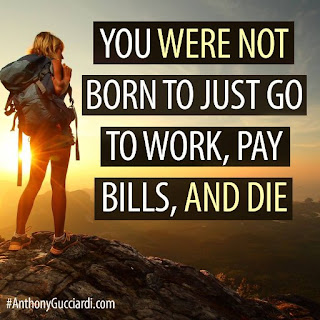