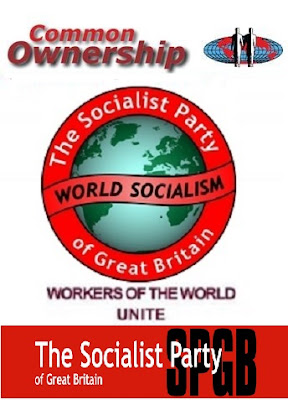 Production and distribution are still to be left at the mercy of the industrialists and bankers whose aim is to make a profit. We realise that reforms and improvements can be occasionally won from time to time within the present system through the organised political and industrial action of working people, but we contend that no permanent solution can be won unless we change the whole social system from top to bottom, unless we change from the capitalist system for profit to the socialist co-operative system of production for use; in other words, production and distribution must not be left dependent the blind forces of the market. The economic foundation of the socialist system of economy is common ownership and control of the factories and all means of social production and distribution. But socialism cannot be imposed upon the people by a minority. It is a movement in the interests of the vast majority and will come into existence only when a majority of the people want it and are organised sufficiently to obtain and maintain it.

The Socialist Party knows that there must be a majority of the working class understanding and determined on achieving socialism before the real tasks of the socialistic revolution can even be begun. Given such a majority in possession of the machinery of government, with the powers and in the position of a ruling class, nothing but a possible capitalist revolt can stand between the workers and their object. Such a revolt would, in the nature of things, be foredoomed to failure, and need cause anxiety only to those who may be misguided enough to resist the forces of the State when the workers control those forces. We do not seek a majority out of any merely sentimental attachment to the idea of democracy. We need a majority because our aim is socialism, and socialism is democratic or it is nothing at all. Vain hopes to the contrary notwithstanding, there are not in existence any means by the use of which a minority can seize and keep the powers of government in modern democracies. Those who govern us on behalf of the capitalist class do so with the active support or passive consent of the great majority of the workers. To oust them the minority which aspires to power would need to overwhelm not just the capitalist few, but the mass of the workers as well.

And, if the further argument is necessary, what one minority could do, another minority could and would endeavour to undo. The knowledge of the numerical weakness of the revolutionary forces would naturally encourage the defeated capitalists to a new trial of strength. Prolonged civil war may sound fine to romantic urban guerillas, but socialism does not from choice select such difficult beginnings.

We want for society the property now owned by the employers, and we do not anticipate that they will yield it up with goodwill. We recall not with pride but with regret, the years when the workers of each nation willingly hated and fought the enemies of their respective sections of the ruling class. We urge not co-operation but the acceptance of the truth of our peacetime and wartime slogan “The enemy of the working class is the master class.”

Common ownership of the means of production is the means of nullifying capitalist competition and of introducing planned production. Socialism will be established will be common ownership and democratic control of the means of production and distribution with production for use. But before it becomes possible two pre-conditions must exist: 1) the material conditions of potential abundance, and 2) a world working class who understand and want Socialism and know how to establish it. Since Marx’s day, capitalism has itself developed the first of these necessary pre-conditions. It is the task of Socialists, now as formerly, to speed the development of the second.

Capitalist society has two classes, the owners and the non-owners (the working class); the conflict of interests between them is the class struggle, which goes on all the time. It has two aspects, the political and economic. The latter is the daily struggle over wages and working conditions that all workers are in — usually in trade unions. But this is a restricted, mainly defensive struggle and most of those who wage it take capitalism for granted. When the consciousness of the true nature of things arises, the political struggle has to be engaged in: this is to gain control of the means of production and distribution, through the State, to abolish capitalism and establish socialism.

Therefore if you want to end capitalism and introduce common ownership, you should be taking part in the political struggle, in the Socialist Party.