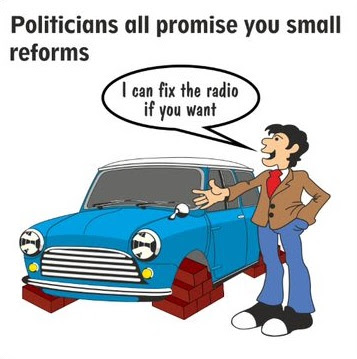 One who accepts the socialist position realises the implications of its philosophical materialist basis, has no place as a member of any religion. The superstition and submission taught by religion are in direct opposition to the principles of socialism. We affirm that the revolutionary nature of socialism involves opposition to any religious or superstitious belief.

When you support capitalism you find yourself having to do some very nasty things. Governing the capitalist system means accepting the position where a very small minority of millionaires and billionaires own and control the resources of society while the vast majority own nothing more than the ability to work. It means accepting and enforcing wage-slavery whereby the majority who produce must labour to make rich the minority who possess. It means accepting production for sale and profit rather than production solely for use. So that if profits are threatened food must be destroyed while the hungry starve and homes must be taken away from workers who cannot afford the rent or mortgage payments and work must be denied to those who cannot be milked for profit. Accepting capitalism means sending young workers to die pointlessly so that their masters’ profits, trade routes and resources can be protected or expanded. The moment you commit yourself to play any part whatsoever in the maintenance of the capitalist system you must accept its priorities and, regardless of moral aspirations, will be dragged into the depravity of excusing its callous indifference to human needs.

The Socialist Party objective is highly controversial, but it's very straightforward: the abolition of private property. It’s not that we oppose capitalism and would like to have some other arrangement of the property laws. It’s not that we hate money and prefer direct bartering of property. We oppose the concept of property ownership itself and everything it entails. Having no property does not mean that you lose your house, your wife, your children. Far from it. We need to reclaim our sociality and begin to relate to each other as equals. Many of us are making sincere attempts to do just that already. We will find our attempts under constant threat of sabotage by a world system that eats, sleeps and breathes property and slavery. The only way to effectively and permanently achieve equality in our relationships is to first reclaim, as a class, the means of production, to set up a system of decision-making in which we may all have a part and a system of supply and demand whereby all people make and do what they are able to make and do, and receive that which they consider themselves to be in need of. This way any limitations upon a person’s freedom are dictated only by the real needs of the overwhelming majority (for instance, our need to end climate change will interfere with a person’s freedom to emit CO2). The vested interests and indulgences of a wealthy minority can no longer take precedence. Capitalism will not solve your problems.

This is what is meant by socialism. We need the vast majority of the world’s people to understand it, want it and be prepared to work for it, in order to bring it about. Let us hope we do. The Socialist Party is made up of people who want to get rid of the profit system and establish real socialism – a post-scarcity society of common ownership. Our aim is to persuade others to become socialists and act for themselves, organising democratically and without leaders, to bring about socialism. We are solely concerned with building a movement of socialists for socialism. We are not a reformist party with a programme of policies to patch up capitalism.

The aim of the  Socialist Party is to replace the global capitalist economy with a world system of socialism, for it alone can abolish the contradictions of the capitalist system which threaten to degrade and destroy humanity. Socialism will abolish the class division of society, i.e., simultaneously with the abolition of anarchy in production, it will abolish all forms of exploitation and oppression of man by man. Society will no longer consist of antagonistic classes in conflict with each other but will present a united commonwealth of labour. For the first time in its history mankind will take its fate into its own hands. Instead of destroying innumerable human lives and incalculable wealth in struggles between classes and nations, mankind will devote all its energy to the development and strengthening of its own collective might.

By abolishing private ownership of the means of production and converting these means into social property, world socialism will replace the market and competition by consciously organised and planned production for the purpose of satisfying rapidly growing social needs. With the abolition of competition and anarchy in production, devastating crises and still more devastating wars will disappear. Instead of colossal waste of productive forces and spasmodic development of society-there will be a planned utilisation of all material resources and a painless economic development on the basis of unrestricted, smooth and rapid development of productive forces. 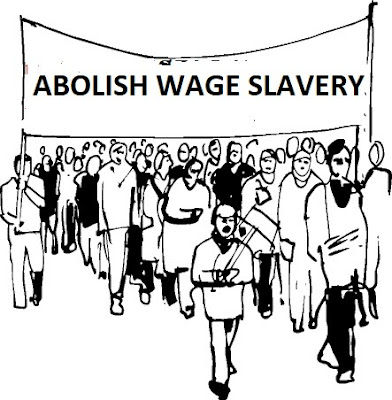