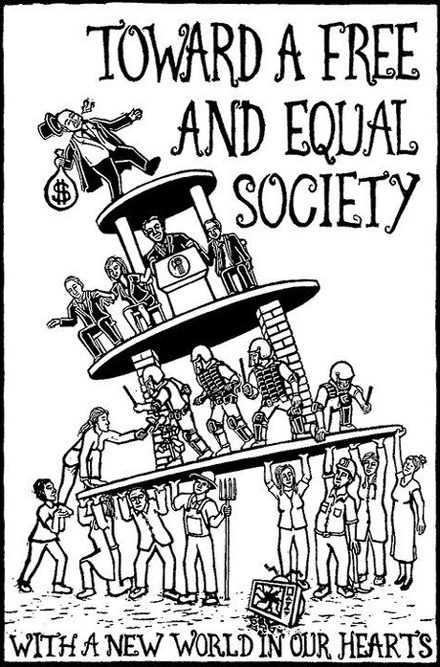 For as long as anyone can remember, the ruling class have paraded one political representative after another promising peace with prosperity, while subjected hundreds of millions around the world to pillage and plunder. There is no other way to put it but that it has been a whole system of legalised robbery and murder, slavery and suffering. There is another path–the road forward to resistance and the revolutionary overthrow of the oppressors. The sooner the people of the world understand that it is impossible for any government to lay the foundation for peace and prosperity, the sooner will they find the way to do it for themselves. There is but one way to get peace and prosperity. Socialism is the path. This century will see the burial of capitalism and the birth of the world socialist community.

A study of human society shows distinctly different methods of producing and distributing the wealth that maintains such a society. Production is carried on today for the world’s markets, and profit is derived from the unpaid labour of workers who sell their energy in the labour market as a commodity. Socialism stands for the abolition of exploitation, it stands for the abolition of capital. We want the world for the workers.

The working class is the heir of all the defrauded and dispossessed generations of the past. Socialism indicts capitalism as an obstacle to progress and civilisation. The Socialist Party challenges the right of capitalism to exist, and boldly proclaims socialism as the legitimate successor of the present order. Socialism includes among the world’s workers all those who work with hand or brain in the production of life’s necessities and luxuries. The world’s workers have always been and still are the world’s slaves.; they have produced all the world’s wealth. Economic slavery is the world’s greatest curse today. Poverty misery and crime are their inevitable results. The Socialist Party is the one party that stands squarely and uncompromisingly for the abolition of industrial slavery; the one party pledged in every fibre of its being to the economic freedom of all the people. There are no boundaries to separate nationality from nationality, colour from colour, gender from gender in the Socialist Party. Every human being is entitled to what labour produces, and to an equal chance with every other human being to develop mind and soul. So long as the resources and productive and distributive machinery are the private property of a privileged class the people will be at their mercy, poverty will be their lot. The Socialist Party is the only party that declares that the tools of labour belong to labour and that the wealth produced by the working class belongs to the working class.

The Socialist Party make no pretence of attempting to serve both capitalists and workers. With the interests of the owners of the production and distribution, the Socialist Party have no concern, except to abolish that ownership. The Socialist Party calls upon fellow workers to join in the overthrow of capitalism through capturing the powers of government and legally transferring the ownership of the world from capitalism to socialism and end the indescribable corruption of capitalist cant and chicanery. The capitalist class is organized economically and politically to keep the working class in subjection and perpetuate its power as a ruling class. The capitalists can enslave and rob the workers only by the consent of the workers when they cast their ballots on election day. Every vote cast for a capitalist party, whatever its name, is a vote for wage slavery, for poverty and degradation. Every vote cast for the Socialist Party is a vote for emancipation.

“Each for all and all for each” is no utopian dream not the product of imagination, nor a mirage of the desert to allure and vanish. Socialism deals with the possible, with the practical of everyday life.  There is a way out. It takes realism, it takes clear thinking, and it takes courage. It requires the road to a real, socialist, solution. It is written that “hope springs eternal in the human breast,” and it is also written that “hope deferred maketh the heart sick.” The millions of wage-workers do not own themselves, they are wage-slaves, and their masters control their lives and subject them to conditions as degrading as those which existed in times of chattel slavery. True it is that the united forces of labour could make themselves masters of the situation and change conditions to their liking, but divided they have done the bidding of the capitalist class, and have been misled and betrayed by ignorant and dishonest leaders until hope has all but perished.

Socialism offers a remedy for social ills. It strikes at the very root of capitalism by proposing to transfer the means of production and distribution, i.e., the land, mines, factories, transport and communication networks, from capitalists to the whole people to be operated by them in their collective capacity for the good of all, and this it proposes to do by the ballot of a triumphant majority of awakened, class-conscious supporters. The revolution is to be complete, but it is to be achieved by the ballot.

Socialism’s emancipation programme includes no bloody ordeals. Its banners are those inscribed with solidarity with fellow workers and class war on the masters. Its first great proposition is to educate workers to free themselves from domination by doing their own thinking and being conscious of their common interests in the economic struggle.

Social reorganisation is the demand for the Socialist Party. Its mission is not only to end capitalist despotism but to establish industrial and social democracy. The Socialist Party is the party of progress, the party of the future, and its triumph will signal the birth of a new civilisation and the dawn of a happier day for all humanity. 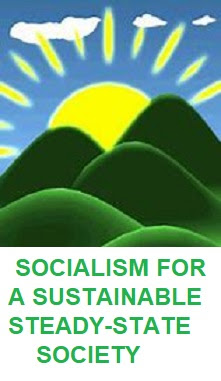