The need for socialist education 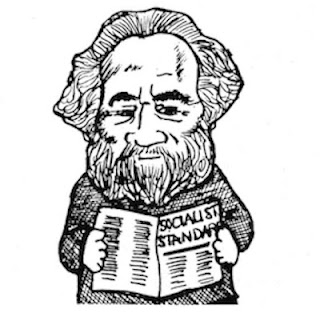 The waste of capitalism is so pervasive that the following is a sample list:

2. Costs of the capitalist financial system (the stock exchange, the banking system, the existence of numerous banks and building societies.

3. Another cost of capitalism that would be eliminated is the production of luxury goods for the consumption of the capitalist class. How much could be saved for society by cutting out luxury consumption?

4. A most glaring cost of capitalism is unemployment.

The full utilisation of society’s resources would allow a massive increase in production even before the longer-term advantages of socially rational deployment of resources were realised. Is it possible to increase production? Where will the money come from? How could a socialist plan be financed? These objections are based on understanding the necessity of money. The fundamental point is that wealth is produced by human labour working with machines etc. There is no question of society being “unable to afford” the extra production potentially available. The whole notion is a piece of capitalist mystification designed to conceal the fact that the reason for the waste of resources under capitalism is that the capitalists will not “afford” to produce more, in the sense that it is not profitable for them to do so. Obviously many goods can be distributed directly rather than by being purchased with money out of wages earned.

In voting for the Socialist Party, the mass of the workers have indicated that they want a complete change from the capitalist system which has brought them misery, poverty, and insecurity. Our objective is the socialisation of society and the breaking down of the idea of private property, to encourage unselfish co-operation all over the globe.

Scottish bosses are no different from English bosses – a capitalist has to exploit his workers in order to survive as a capitalist. Scottish bosses work together with English bosses to rule the country. The dictatorship of the bosses functions very similarly in the two countries. It is absurd for a worker to have any patriotic commitment to a boss-ruled Scotland. Left nationalists are people obviously much more committed to nationalism than to socialism. Socialism means the redistribution of power to ordinary people and it means democracy at every level of decision-making. The allocation of resources and production for use will have as its goal satisfying the needs of the people. The present system of manufacturing operates primarily for the purposes of capitalist profit instead of producing for the use of all is directly responsible for keeping e wage workers in all countries in constant subjection to the capitalist class. The object of the Socialist Party is to secure economic freedom for the whole community, ie, that all men and all women shall have equal opportunities of sharing in wealth production and consumption. The future of the world is to be cooperative, and not competitive. The time is ripe for great changes, those changes are certain to come, not the mere pettifogging changes of taxation, not the trifling additions to wages, but definite deep-rooted drastic changes, the dethroning of the capitalists, the people themselves becoming direct owners and controllers of themselves and the wealth they produce.

Socialists also look to the working class because it has tremendous potential power because it produces almost all of the wealth in society—and it can realize that power because of the way capitalism organizes us to work collectively. Most workers don’t think of themselves as being part of a class with collective social power. They feel isolated and in competition with other workers—and sometimes even see them as their enemies because of their skin colour, religion, national origin and so on. The Socialist Party teaches, promotes, and agitates exclusively for the overthrow of capitalism and the establishment of socialism. We, the Socialist Party reaffirm our allegiance to the uncompromising principles of international socialism. We declare that the capitalist system has outgrown its historic function and become utterly incapable of meeting the problems now confronting society. In spite of the development of new technology and the improved methods of industry, the position of the workers becomes ever more insecure, and the class struggle between the exploited and the exploiters become ever more acute. The boasted prosperity is only for the owners of the means of production and distribution; to working people, it means only hardship and misery. It is the capitalist system that is responsible for the increasing burden of arms production, wars, poverty, slums, sweated labour, much of the crime. Mental illnesses, diseases, and the commercialisation of sex. These being some of the manifestations of the present mode of production they can only be eliminated by the removal of the cause — the capitalist system. The method adopted by the Socialist Party for the abolition of the present social order is that of political action. 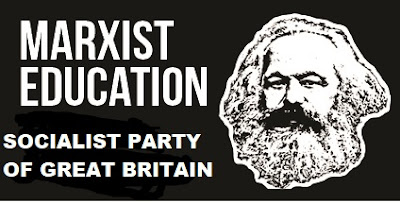