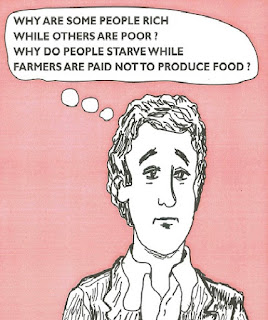 “…no government can impose its will upon a consciously unwilling majority…”
The above truncated extract from an article by a Socialist writer is here presented in this form since it struck me as being a suitable text for a sermon—as some parson might say or a theme in music which could be developed and presented with a whole series of variations. I shall now try my hand at a transposition or—to use the musician’s term—an inversion. So from the negative to the positive form my transposition might read:
“…no conceivable power could successfully resist a consciously willing and determined class conscious majority…”

I now replace the quotation as given at the head of this article into the context from which it was taken, by giving the whole of a concluding paragraph of an article by Ivan in the Socialist Standard of February, 1969:
“If we say, then, that Socialism will be the society of freedom which will not know such disfigurements as political prisoners we are inviting an obvious question. Why are there no socialists in prison for their opinions? The answer is equally obvious. At the moment Socialism, is not a threat to a capitalist state. But the socialist movement grows through the developing consciousness among workers— and remember no government can impose its will upon a consciously unwilling majority. So when Socialism is a threat, and the ruling class would like to do something about it—it will be too late. (Emph. mine, W. A. P.)

I pursue the line of thought which is herein revealed because, in so many instances throughout the past years —here and in Canada—have I heard well-informed socialists, from the speaker’s platform, answer a question in such fashion as to make the confusion of the interested questioner even more confounded. Following a usually well-presented argument for socialism the speaker gets a question: “You have put up a rather persuasive argument and I am interested but I would like to know ‘How are you going to do it?’ “

The answers I have heard so many times might be brief, bright and brotherly, but decidedly not to the point. “You select your delegate or candidate and send him to Parliament—or Congress, as the case may be.” Put this way—it has so often been put just this way to my knowledge—it becomes a “bald and unconvincing” declaration.

Of course, it is true, insofar as we know the seat of power to be in these institutions, but such overly simplistic statements—granting them to be true—can result only in greater confusion and misunderstanding than had a direct falsehood been uttered.

Cde. Ivan refers to “a consciously unwilling majority.” I use the phrase “consciously willing and determined class conscious majority.” Both phrases carry the same concept. And that is a majority fully aware of its position, as members of a class, and aware of the needs of that class.

The class which today constitutes a majority of the population, in all those countries where the capitalist mode of production obtains, is the working class. But the majority of this class is by no means aware of its place in this society as a subjugated and exploited one, and therefore is also unaware of the cause of unemployment, poverty, war, or any other of the horrible features of the current scene. So we say of these: “They are not class conscious.” Conversely, of that minority within this majority who do understand their status as exploited producers, and realize that this can be abolished through concerted action and clear knowledge, we say: “These are class conscious.”

The reason for these class conscious being organized into a political party, is to engage in well considered and well-presented propaganda directed to their un–class conscious fellow workers. This calls for an analysis of the character of the power which holds the worker in subjugation—the techniques of brain-washing, distorted information concerning events and peoples, the manipulation of “alleged” educational processes, etc., by which the ruling class is able to keep its ideas as the ideas of society. The workers are thus fooled into accepting these ideas of the masters as being the ideas best suited to the promotion of their material interests. “If it were not for the capitalist where would the worker be? The capitalist creates jobs. And where would we be without jobs?” This crude idea is so often expressed by workers when confronted with the socialist case.

The socialist’s task is to work at removing these cobwebs from the mind of the worker; to stress by diligent and simple presentation the contrary idea: “Where would the capitalist be without the worker?” Completely helpless. For all those goods and services required to maintain society are produced by the labor of the working class, and the surplus value created by labor supplies the wealth upon which the idle owner lives and the capital accumulation by which he increases his holdings and his power.

But this power is maintained and protected through the power of the State—that instrument of coercion and administration which has existed, under different forms, in human society since the dawn of civilization and the birth of the property “idea.” And in all highly developed countries the seat, and the source, of this power, today, is the institution of “parliament” whatever name it may carry in whatever country. For the working class to free itself from its present position, it must capture these bastions of power and privilege, and use them as instruments in that endeavor. Because the vast majority of the working class is unaware either of its real status or of the need for doing away with it, as Ivan puts it: “At the moment socialism is not a threat to a capitalist state.” Ivan states, though, “the socialist movement grows through the developing consciousness among workers.” We work in our propaganda to speed this growth.

While we indicate parliament as the seat of capitalist power and defender of capitalist interests, suggesting thereby that the capture of political power by the workers calls for the prior capture of parliament, there is much more involved than “selecting our candidate and sending him to the House, etc.” And it is incumbent, in my opinion, upon our propagandists to explain these things and not be content merely with a bald and off-hand statement such as this article indicates has been used much too often. If it were only used once that would be once too many?

For the present, then, and until that time when as Ivan says: “the developing consciousness among workers“ has produced the resistance to attempted coercion by a “consciously unwilling majority,” or, conversely, when “no conceivable power could successfully resist a consciously willing, and determined class conscious majority,” we carry on the work of education among the workers, opposing and exposing the “ideology” of the ruling class by stressing and elucidating the “ideology” demanded by working class interests.

In short, to make our ideas pervasive; and when these ideas have become sufficiently pervasive then— again making use of Com Ivan’s term— “It will be too late,” for the masters, or calling upon a phrase once used by this writer on another occasion, “With these agents of power (the state forces) in the hands of an enlightened majority, no aggressive minority, no power on earth, can successfully re-establish itself.”

So, for the present, “when socialism is not a threat to a capitalist state,” and until that time when working class ideas “have become sufficiently pervasive,” we make such use of parliamentary elections as we can, for here is a ready to hand situation—and ready to hand machinery—of which socialists can avail themselves. The day will come when class conscious workers through the agency of their organization (political party) will send their delegates to the seats of power, backed by that ideology which has then become “sufficiently pervasive.”

For the present, education is the first priority. An election provides a sounding board for our ideas, and as a barometer to measure our influence. And for those who may be nominated as candidates at such times and for such purposes as I have outlined, I would suggest their campaign promise be given in this wise. We are running in this election to spread socialist education. All political parties make promises. We also make one: “We promise nothing”—and thus be the only party which is able to keep its promise.

Brethren! Here ends this short and simple sermon. Let us then work, for events are moving rapidly.