Solidarity is our protection 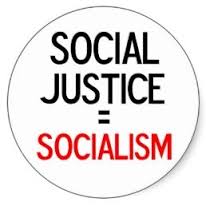 Capitalism is full of social problems but politicians say they don't have the money for all projects and  programmes that would be required to solve them. Because our present society is organised on the basis of the capitalist mode of production. That means the small minority who own the means of producing wealth get to distribute it, too. And they feel they are entitled to the lion's share. That means that money for the benefit of society, in general, is scarce. The more money that goes to society, the less goes to the owners. So, if we accept that the situation is caused by money, the obvious answer would be to abolish money and establish a society of common ownership of the means of producing and distributing wealth. That means abolishing capitalism, the system that relies on money, profit and the market system, a system that is designed to meet the needs of the capitalist class at the expense of those who do the work and create all the wealth. As everyone would have free access to the goods and services produced by society, poverty would be a thing of the past. Capitalism will never be able to do that.

The Socialist Party offers a solution and that is to establish a system of common ownership of the means of producing wealth and free access for all to the goods that are produced. This will mean that society as a whole, not a tiny minority, decides where the wealth goes.
"But it can't be done" many say, 'society needs a means of exchange.' Wrong. Capitalist production needs it, a sane society doesn't.

Some may be surprised to learn that for 97% of the time mankind has inhabited the earth, he lived without it, and it has only been in the last two or three hundred years that monetary exchange has dominated.

Some then ask, 'Who will go to work if they are not getting paid?' The answer is that millions do now, as volunteers, time and labour freely given for something they enjoy and/or believe in.

In a socialist society, all would contribute to the common wealth by performing tasks they enjoy or think are important. In the unlikely event, there were tasks that nobody wanted to do, automation could do so. In a socialist society, the problems besetting the planet would not exist because they would be irrelevant. With no money, and hence no problems relating to it, public services could be maintained and improved, including, and especially, those relating to the health and well-being of the citizens. Homeless shelters would not exist because there will be no homeless. Fear of unemployment will not exist because there will be no employment in the accepted sense. All will contribute freely according to their abilities and partake from the common store of wealth according to their needs. The problems around the globe are the natural consequence of the operation of the capitalist mode of production. We need to change that.

Surely by now it is  clearly shown that the competitive nature of capitalism makes any attempts to work out reform solutions are doomed to failure. They are just foolhardy attempts to make capitalism work. It has been clearly shown over the last two hundred years that capitalism can work in one way only - producing profits expropriated by the capitalist class from the surplus-labour of the working class. A life of struggle and uncertainty with poverty, unemployment, war, and pollution a natural and constant condition is the lot of the workers. Furthermore, competing interests of the capitalist class in the various countries of the world will only doom reforms to failure. If anyone wants a pristine environment, fairness, equality, peace, or security, they won't find it under capitalism, which is another good reason to work for socialism and get rid of capitalism - it's way past its 'best before' date.

Socialists have always argued that it makes no fundamental difference which party is elected if it stands for the continuance of the capitalist system. Some will argue that, though this is the case, nevertheless, some parties are more inclined to initiate reform measures beneficial to the working class than others. Certainly, there have been reforms but often their effects are temporary and can, and sometimes are, diluted or canceled when another party takes power. Furthermore, directly or indirectly, reforms are beneficial to the capitalist class or they would have a tougher time getting through the legislatures, e.g. safety legislation in the work-place means the insurance companies don't have to fork out large payments. Reforms to give equal rights to minorities delude these minorities into thinking they have equality with everyone else but, in reality, there is no equality under the capitalist system, nor will there be until that system is swept away and replaced by common ownership of the means of production. One of the great reforms initiated in the twentieth century was the NHS of 1948. Naturally, it was hailed as a wonderful event; the poorer sections of the working class had access to health care that previously was denied to them. Socialists did not oppose it as it benefited the working class but pointed out the class nature of the act. During the Second World War, many conscripts, after a decade of depression and hunger, were found to be in an unhealthy condition and not ready to fight capitalism's war. Enhanced health care took care of that. Nor can it be argued that if reforms don't solve everyone's problems, the quality of elected officials must make some difference. The answer to that is minimal while retaining the system that caused the problem

Capitalism is a market system and nothing can change that. When a market exists for a product, competing capitalists glut that market with far more product than can be bought in the hope of higher profits, supply eventually outstrips demand, resulting in recession, lay-offs and all the accompanying misery for the working class. War is part of the functioning of capitalism as competing sections of the capitalist class clash over resources and trade, sending members of the working class to fight for their interests. Within capitalism, there is no solution. Booms and busts and the unpredictability of the market will continue. The only permanent solution will occur when a class-conscious majority of the working class decide to elect socialist deputies to the state legislatures around the world with the mandate to abolish capitalism in favour of a socialist society.
By ajohnstone at November 30, 2016