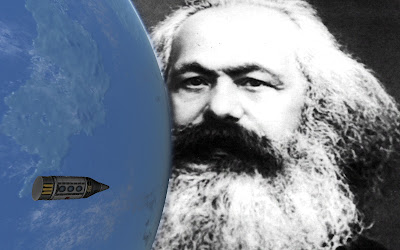 Asteroids have a high density of precious metals such as platinum or rare-earths, which are also needed in a number of key technologies. Entrepreneurs are speculating about the prospect of high returns on investments in obtaining resources beyond Earth for which shortages are soon to be expected and causing concern. It may eventually be possible to mine valuable minerals from asteroids cheaply enough for it to be worth bringing them back to Earth. Apart from the technological hurdles that is still to be overcome if commercial asteroid mining is to become practically possible and economically viable, another snag to resolve is a legal one. “The way a private company would enforce their right to mine is through a national court,” says space law expert Dr. Chris Newman of the University of Sunderland. “In making a ruling, that court would exercise sovereign rights, contravening the OST. We will only know how this would play out if it is tested in court.” Perhaps, the court in question may well turn out to be the Investor-state dispute settlement (ISDS) tribunals which are being incorporated into many global trade agreements.

Space mining can be described as similar to fishing in international waters. No one owns the fish until they are in your possession, and then you own the catch. The Outer Space Treaty (OST)  of 1967, prohibits nations from exercising territorial sovereignty over celestial bodies. No country can own the moon or any other part of space, no matter how many astronauts have placed flags there. The treaty’s Article 1 states:
“The exploration and use of outer space, including the moon and other celestial bodies, shall be carried out for the benefit and in the interests of all countries, irrespective of their degree of economic or scientific development, and shall be the province of all mankind. Outer space, including the moon and other celestial bodies, shall be free for exploration and use by all States without discrimination of any kind, on a basis of equality and in accordance with international law, and there shall be free access to all areas of celestial bodies.” (our emphasis)

But the treaty is being interpreted to as permitting asteroid mining but as is well-known legal opinion can differ widely.  The Moon Treaty of 1979 declares in Article 11, section 1, that the “The Moon and its natural resources are the common heritage of mankind” and effectively bans private property by any organization or person unless that organisation is international and governmental. The Moon Treaty has an additional weakness -  the signatures of China, Japan, Russia, and the United States are notably absent.

The US Commercial Space Launch Competitiveness Act of 2015 decrees any materials American individuals or companies find on an asteroid or the moon is theirs to keep and do with as they please. It establishes the rights of investors to profit from their efforts under US law. Luxemburg has enacted a similar law to come into effect in 2017 intended to protect future outer space investments worth billions of dollars. Two US enterprises, Deep Space Industries (DSI) and Planetary Resources (PR), already have their European headquarters in Luxembourg, with Luxemburg, itself, becoming a shareholder in PR.

Commercial activity in space could easily cause international conflict as it does on Earth. There are precedents for working together such as the multi-state International Telecommunication Union which approves the orbits of satellites. The Committee on the Peaceful Uses of Outer Space (COPUOS) was set up by the UN in 1959 to govern the exploration and use of space for the benefit of all humanity: for peace, security, and development. These bodies could well be adapted for administrating space inside a socialist society