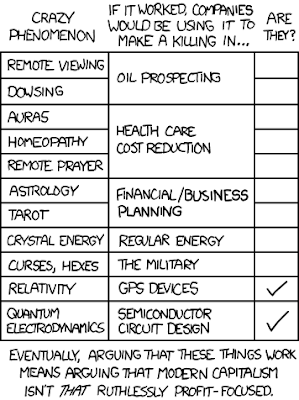 The manner society will organise on a socialist basis will be by securing the co-operation of all in the production of the articles and the operation of the services needed by all the members of society. Goods will not be produced for sale and profit-making, or to provide incomes for investors in company shares or in government bonds, etc., but solely for use. Men and women will no longer work under the threat of starvation but because they will realise that, at last, the interest of the individual is the interest of the whole community and the interest of the whole community also that of the individual.

To those who believe the capitalist teaching that men and women only work when driven to it by starvation and under the threat of losing their job and their livelihood, this is indeed a revolutionary idea but it is time for the working class came to understand their own capability and potential. There is nothing fantastic in holding that the world has now attained the capacity easily to provide an abundant and varied life for all. It is for the working class to become aware of the mission history has allotted to them, that of ending class-divided society for ever, and to strive for the achievement of socialism under which the principle shall be “From each according to ability: to each according to need.”

Socialist society will function quite differently from capitalist society, although initially at least it will have to use mainly the same equipment. The primary task of socialism will be to produce enough of all the things that people need and to get them to the right places at the right times. This will require a large part of the administrative organisation already built up within capitalism. The difference that will be most noticeable will be the simplicity once the cumbersome paraphernalia of capitalism has been removed. Many people are completely engrossed in the ramifications of present capitalist society. They are so conditioned by the impossible job of trying to make capitalism work effectively that they find it difficult to imagine how a real alternative to it could function. To support the whole process of production and distribution, socialist society will need a highly sophisticated system of information: about what people want, in what quantities; and about what is being produced all over the world. Capitalism has already developed technology and techniques which could make such a world-wide system extremely fast, comprehensive and accurate. But because of competition and the secrecy that goes with it; because of the market and its fluctuations; above all because the main aim of capitalism is to produce profit, not goods, capitalism cannot develop a really sensible and workable information system. A socialist world can.

Socialism is only possible because capitalism has preceded it. Capitalism has developed techniques of production potentially capable of producing an abundance; it has developed a world-wide working class which runs every aspect of modern society and it is rapidly developing information technology making world-wide communication simpler and more direct. But at the same time capitalism frustrates all of the developments because of the workings of capital itself and the interests of the capitalist class. The same sort of pattern can be seen in details. Supermarkets, for example, are a highly efficient method of putting a wide range of consumer goods within the reach of a large number of people. The trouble with supermarkets is the bottleneck at the cash desk. Because money will be useless in a socialist world, so will the cash desks. "Supermarkets" will then be able to function at full efficiency. Their shelves will be kept full by the removal of all the financial and trading restrictions that now cause butter-mountains, milk-lakes, and often ruin for farmers.

Modern production is social production. This means that what society can achieve depends on individuals doing different things in different places, but that all these link up with the effect of improving the quality of life for everyone. In socialism, the human capacity for co-operation would be set free to operate where it matters most — in the organisation, production and distribution of goods and the running of services. Co-operation would then operate throughout the entire structure of society. This will bring work under the democratic control of those who carry it out. It will be the self-determined activity of individuals, responding to the needs of the community of which they form a part and having responsibility and the real power of decision-making and action. Combined with the powers of production which already exist, co-operation in socialism would, in a relatively short period of time, deal with problems that now appear to be beyond control. There are few problems which cannot be solved by useful labour, acting throughout the world in co-operation. This is the prospect that world socialism holds.
By ajohnstone at November 10, 2016