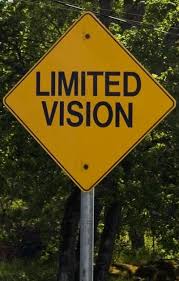 We have nothing against working in a 'workers cooperative' if it means better conditions at work under capitalism and not being treated like shit every single day - though whether it does this long term is open to question. Similarly, we’d all rather work for a boss who at least treats us like a human being rather than a boss who acts like a little Hitler and makes us miserable every day. However, seeing cooperatives as anything other than a localised, immediate, temporary and partial solution for improving your working lifestyle is definitely a big mistake. And if cooperatives were taken as something more than a palliative measure to problems at work, then those involved face failure and demoralization. We do not think that the capitalist system can be gradually changed by the multiplication of cooperatives. The real interests of the working class are served only through the abolition of the wages system.

For those of us brought up in the struggle against the idea that it is possible to build socialism in one country, the conception of ‘mini-socialism’ co-operatives in one factory’ has little attraction. Some defend these and accuse critics of dogmatism and they argue that unless workers gain experience of management before the socialist revolution, they will not be able to learn from one day to the next, upon the transfer of power. The experience of small-scale self-management under capitalism, they explain, is useful education and preparation. Many examples are quoted yet here have been many examples of workers’ cooperatives that went wrong, and where they have ‘succeeded’ – it has been in capitalist terms, transforming themselves into profitable capitalist enterprises, operating in the same way as any other capitalist business. None of the successes could have been achieved without the acquiescence of the banks, of all the economic institutions and above all, the State. Co-ops can only exist to the extent that it is tolerated by the capitalist regime as a whole. For this reason, there is no way in which it can pose any solutions for the working class as a whole.

Our goal is what some have called the “community of goods”; everything is to be made common property, everything will be everybody’s. “The association of free men who work with the means of production and who employ, following a concerted plan, their numerous individual forces as a single force of social labor … the work of freely associated men who act consciously and are masters of their own social activity”; “free and equal association of the producers”; such was for Marx and Engels the form of socialism. Association—this is the key-word of socialism: individuals, instead of acting, as in capitalism, each for himself, associate with one another for the purposes of common labour. This simple definition of socialism already allows it to be distinguished from certain false socialisms. The variety of “self-management socialism” making the workers the owners of the enterprise has no trace in the Marxist conception of any kind of “communitarian social order.” It has changed nothing: the enterprise is still autonomous, and therefore competes with other enterprises in the same sector; for this reason, it is the market rather than a “concerted plan” that regulates production, and is, therefore, subject to all the fluctuations of the market; finally, as in capitalism, there will be enterprises that will be “winners” (the workers in the competitive enterprises) and “losers” (the workers in the less profitable enterprises who will be laid off). This is not socialism: there is no real association of producers that supersedes the limits of the enterprise. If socialism corresponds to management of production by the workers themselves, this “self-management”, if one wants to preserve this phrase at all costs, is utterly without semblance to a truncated vision of this idea that consists in managing “their” enterprise, which would not amount to much and would only reproduce a system of private appropriation.

The argument is often put that it is possible to establish "little islands of socialism—workers co-operatives — within the framework of capitalism, thus making a revolutionary, world-wide change from capitalism to socialism unnecessary. One way to challenge capitalism those “revolutionary” reformists envisage is to build more democratic, egalitarian, participatory economic relations in the spaces and cracks within this complex system wherever possible, and to struggle to expand and defend those spaces. The idea of eroding capitalism imagines that these alternatives have the potential, in the long run, of expanding to the point where capitalism is displaced from this dominant role. The strategic vision of eroding capitalism imagines introducing the most vigorous varieties of emancipatory species of non-capitalist economic activity into the ecosystem of capitalism, nurturing their development by protecting their niches, and figuring out ways of expanding their habitats. The ultimate hope is that eventually these alien species can spill out of their narrow niches and transform the character of the ecosystem as a whole.

But socialism means common ownership and free access to everything that is produced. The rigorous economic law of profitability at all costs imposed by the market must be supported by defenders of co-operatives; if under capitalism, you don’t observe this law you very quickly go out of business.

The fundamental flaw of many proponents of cooperatives is an obsession with workers “self- management" as a solution to working-class problems. They fail to appreciate that in terms of genuine human freedom, how work is managed is a side issue. The important thing is that all work should be entirely voluntary—a condition demanded by Marx's slogan "Abolition of the wages system!"