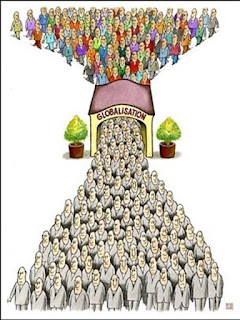 For Marx and Engels, to the contrary, the advent of classless society would result from economic sources (the development of the productive forces, the socialisation of labour) and social and political sources (the maturation and organisation of the proletariat, the unfolding of the struggle between Capital and Labour) which flowed precisely from these advances and contradictions.

For Marx and Engels, to the contrary, capitalist society could only be abolished as an entity, not factory by factory, village by village or farm by farm. Its abolition, therefore, required the active participation of the majority of the population.

Marx and Engels based themselves on the common interests of individuals belonging to a social class called upon to become the majority in bourgeois society: the proletariat; this was the force that would open the road to the advent of socialist society. But their approach negated neither the importance of propaganda and education, nor that of reason, nor that of a series of emotional feelings in the fight for socialism, insofar as all these motivations facilitate to one degree or another the gradual awakening of the proletariat to its class interests, the achievement of class consciousness.

Marx and Engels conceived the advent of class-free society as the result of the real movement of self-organisation and self-emancipation of the great masses. Class-consciousness must make a qualitative leap to socialist consciousness. “The emancipation of the working class must be conquered by the working class themselves; proletarians of all countries unite!” That, in a nutshell, was what was newest and most revolutionary in Marxism’s contribution to human thought and history, what represented the most radical break with all the other doctrines.

Marx and Engels designated the working class the 'grave-diggers of capitalism’ not by virtue of any intrinsic merit it possesses as a class qualifying it for that role, but because of the objective role it plays in the production process of capitalism.

Socialism is the most revolutionary idea that has ever existed in the history of mankind. Socialism will be the classless society. Socialism is rule by the working people. They will decide how socialism is to work. A classless society means that a privileged minority of the population are not in a position to enjoy the wealth, while the majority live only on their labour to produce it. Socialism means that privileged individuals cannot invest in the instruments of production with which others work, thus reducing them to a position of fixed subservience. It means an end of rent, profit, and interest on stocks and shares, an end of “surplus value,” an end of the exploitation of labour. Marx and Engels revealed the class nature of the state; they showed that ever since classes had appeared in society the state had always been an organ of the ruling class, an organisation of a handful of exploiters, of the minority, for the suppression of the exploited. No ruling class has yet been able to dispense with ideology. All ruling classes feel a need to rationalise their power, to find some presumably admirable objectives in the name of which they act. 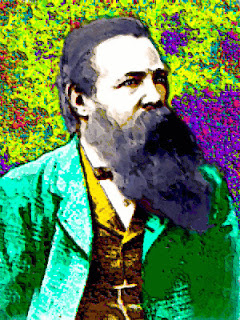 The idea that state ownership of the means of production constitutes socialism is wrong. Engels pointed out in Socialism, Utopian and Scientific:


“...the transformation, either into joint-stock companies or trusts or into state ownership, does not do away with the capitalist nature of the productive forces. In the joint-stock companies and trusts, this is obvious and the modern state, again, is only the organisation that bourgeois society takes in order to support the external conditions of the capitalist mode of production against the encroachments as well of the workers as of the individual capitalists. The modern state, no matter what its form, is essentially a capitalist machine, the state of the capitalists, the ideal personification of the total national capital. The more it proceeds to the taking over of the productive forces, the more does it actually become the national capitalist, the more citizens does it exploit. State ownership of the productive forces is not the solution to the conflict...”
By ajohnstone at November 05, 2016