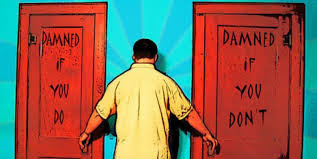 Capitalism cannot be reformed to work in the interests of the wage worker.

Whoever becomes president; capitalism will continue with its poverty, homelessness, and hunger for many Americans. It’s not a new president that is needed but a new economic system. It makes no difference is that politicians and governments do not, and cannot, control the way the capitalist economy works. They have to navigate by sight in the face of what the capitalist economy throws up and so can do no more than react to how the economy moves. This quite apart from the fact that their remit to govern in the overall interest of the capitalist class. In fact, far from them controlling the way capitalism works, it's the other way round. Both Clinton and Trump want the power to organise the country for the benefit of its owning class. To support either candidate in this presidential election requires a massive feat of collective amnesia or delusion by the working class.

For after the shouting and the ballyhoo have died, capitalism, in America and the rest of the world, remains unscathed. This social system produces the horrors of war, poverty, insecurity and racial hatred. The Democrats and Republicans, like the other capitalist parties, can offer no end to these. Only the establishment of socialism can give us a world of peace and plenty. And for that, we do not need stage-managed ballyhoo. We need knowledge and the social responsibility that goes with it.

The majority of people—the working class, the useful, productive people in this society—are content to keep capitalism in being under the delusion that it is rather like a movie in which the baddies come to a bad end and goodie prevails. The problem is that there are so many baddies—war, poverty, starvation, mental stress, homelessness, alienation, crime, disease . . . And the "heroes" and "heroines are powerless to do anything about it but all those speech writers, strategists, and spin doctors try to tell us differently.

The socialist message to the American people is that they should think long and hard about what their new President will represent before casting their vote because the periodic election of Presidents function is to protect the class interest of wealth and privilege that perpetuate our servitude.