A wee bit of news 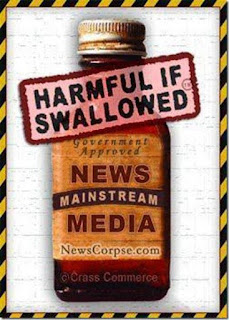 Scottish population growth would go into reverse within a generation without EU migrants, according to new government projections. After more than two decades of decline, Scotland’s population has risen steadily since 2001, and in 2014 was estimated to be 5.35 million.
On current trends, including net migration from the EU of around 9,000 a year, the population is expected to grow to 5.7m in 2039, a rise of 7 per cent over 25 years. However if EU migration were cut to zero, the population would rise just 3 per cent. After peaking at 5.5m in 2033, it would then “gradually decline”, hitting 5.49m in 5039. If EU migration was halved, the population would grow five per cent to 5.59m by 2039, while if it was 50 per cent higher, it would grow nine per cent to 5.81m. Because migration is “concentrated among young adult ages”, changes have the greatest impact on the numbers of children and working age people, rather than pensioners. A reduction in EU migration would therefore lessen demand for some public services, such as schools, but would increase the burden on taxpayers to pay for an ageing population. Numbers of over-65s in Scotland are expected to grow by 53 per cent by 2039, rising from 311 per 1000 people of working age to 397 per 1000.

Scotland has been wasting 1.35 million tonnes of food and drink annually, according to Zero Waste Scotland (ZWS). 60% of the waste is avoidable. http://www.bbc.com/news/uk-scotland-scotland-politics-38086062
Households were responsible for 600,000 tonnes of the waste, while businesses generated about 740,000 tonnes.
The amount of food dumped would, according to ZWS, fill 17 million wheelie bins. The financial cost to households has been calculated as £1.1bn each year - an average of £460 per household.

Despite grand ambitions, Scotland will not achieve 100% renewables generation by 2020, however experts believe it could still generate 50% from renewable sources by 2030. Currently, 4% of Scotland’s heat is sourced from renewables.