This is what socialism could mean 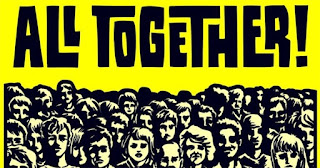 That problems exist within our current system is obvious to all by simply observing how people live  around the world and how they could and should live. However, socialism does not need to compare itself to a dysfunctional and insane system to look good. It can stand on its own merits quite well. Let’s examine what socialism can do for the world and its people.

We hold that the establishment of socialism must be done by the will of a majority worldwide. It must be carried out by a class-conscious majority who understand and opt for socialism’s goals. The first job of any elected socialist party would be to legislate the end of the private ownership of the means of producing and distributing wealth. In its place would be common ownership, everyone becoming an owner and a producer thus ending the class system that justified a tiny minority owning and controlling wealth and taking a lion’s share while the vast majority only get enough to survive and many not even that much.

Common ownership would necessarily open all the stores of goods and services produced for all humans on earth who could freely take whatever they needed whenever they felt it was necessary. It would be the end of hunger, poverty, and lack of essential human services such as health care and education. Since we would all be owners and producers, money would be superfluous – we would only be selling to ourselves. It also means that the competitive system that capitalism is would be replaced by a co-operative system of managing the world’s resources for the benefit of all.

A world UN-like elected body would be responsible for their fair, safe, and common sense distribution.
At the local level, there would be, perhaps, an elected council charged with organizing production in their region to satisfy local and regional needs with self-sufficiency being a top priority.
No need to send coals to Newcastle or cars from Japan or Germany to North America where the infrastructure to produce their own is already in place if indeed we decide we need cars.
No need to search out the lowest wage areas for cheap production and then send the products thousands of kilometers when they can just as easily be made locally. The savings in resources and environmental destruction would be enormous in that one simple, sane step.

With a cooperative world there would be no need for the arbitrary lines on the globe that mark out competing countries’ territories. We could truly become One World. It would also signal the end of the competition for resources that is the major cause of war in the capitalist system. The jostling for alliances, the secret services, spying, and surveillance techniques, that countries so routinely use today, would no longer be necessary. Instead of sending armies of soldiers and machines to destroy and kill we would send armies of skilled workers and their equipment to teach the latest skills to those who need it. So far, then, we have eliminated the whole infrastructure of the military-industrial complex, the whole financial system (banks, markets, stocks, shares, accounting, etc.), the state border organizations, and a considerable amount of government machinery as be without their current jobs, to be absorbed, on a volunteer basis, into work that is necessary – food and goods production for use, not profit, services, scientific research, (how about a few hundreds of millions of new scientists and technicians to help work out the best solutions the problems left by the capitalist system), and so on. This would greatly reduce the work- load of everyone else and, coupled with the end of the need to produce tremendous amounts of surplus value to satisfy profit, to just a few hours per week.

Most importantly, socialism would bring a common sense approach to organising resources and production to provide the necessities of life – food, shelter, health-care, education, security – to all human beings and to take care of our beautiful and unique planet as we all know we should. The establishment of socialism would end our primitive period of competition and war and usher in a new stage in human development and progress. This idea will sell itself when it gets the widespread attention it deserves.

Many times the World Socialist Movement, has written that socialism is a society based on the common ownership of the means of producing and distributing wealth, organised democratically in the interests of all human beings. This would necessarily mean a class-free, money-free, society where necessary goods are produced by all as and when needed, not just when profit might be made. Free access to all goods and services for all is guaranteed based on every individual’s own assessment of their needs. This all sounds well and good, but what does it mean to you in everyday life? Of course, it will be up to the majority who establish socialism to work out the details bearing in mind the impact on others and on the world.

As far as work is concerned, there will be a huge surplus of labour for the necessary jobs as many occupations deemed essential to capitalism will be redundant in a socialist society. As free access and common ownership are integral tenets of socialism, money, trade, and exchange will not be necessary and the work of millions who toil away in banks and financial institutions, advertising, or spending hours collecting money on sales would be obsolete. They would be freed up for useful work.

Socialism is a world cooperative system so the two hundred states competing against each other that we have today will give way to a seamless world eliminating the cause of war – economic competition. Thus the millions involved in the military-industrial complex will also be able to engage in productive work. Personal or property damage would simply be put right as a matter of course, so those working in the insurance industry would be released from that work...and so on, you get the picture. Instead of all this surplus labour sitting idle for months or even years until capital decides it is profitable to hire them again, they would be absorbed usefully into the workforce producing the necessary goods as needed. Thus the hours for each worker would be very much less than today – perhaps just two days a week or one week a month as deemed best by the majority of that society. With the financial restriction on automation and robotics lifted – today it’s a lot less money for capital to employ workers in the ‘Third World’ for a few cents per hour than to spend millions on robots – automation could go full steam ahead and reduce hours even further. Displacing workers would be a societal benefit freeing them for other important work rather than the tragedy of thousands sitting idly unemployed as it is the case today.

Weighed down by large mortgage payments? House poor? Worried about losing your job and not making the payments and losing your investment? In a socialist system, good housing would be a right. Simply choose from the list of available accommodations that suit your needs. Upgrading and repairing damaged homes would be the continuous job of skilled tradesmen. Likewise the improvements in your region's infrastructure. No more electing a council whose hands are tied by the lack of funds and continually doing patch- up jobs instead of the necessary work to the highest standards. We all know it costs less whether you are talking money or labour and materials to do the job right the first time.

All education, of course, would be free and available to all to reach their potential. No more huge student loan debts to pay off for the next twenty years. With the equivalent of five days a week to recreate oneself, there would be ample opportunity to learn new skills. Health care would be available to all, as deemed necessary by the individual. With a huge surplus in labour, more doctors, nurses, and support staff could be trained, more facilities built to eliminate the long wait lines we experience today due, again, to lack of proper funding. Local clinics, health centres, and hospitals with the very latest equipment would be there at the request of society. Research laboratories and workers could be vastly expanded and linked world-wide to share best practices and new information.

This would also be true for science, the expansion of human knowledge. Instead of privately funded research where work is kept secret in order to get a jump on the market and reap extra profit, knowledge and research would be shared for the benefit of humanity. Millions of more scientists could be trained to attain ever greater steps forward to benefit society. And, best of all, those benefits would be available to all mankind, not just those who can afford to pay for them. Thomas Crapper invented the toilet sometime in the nineteenth century but today, 2.4 billion don’t have one! One of the first jobs for science after the revolution would be to tackle the environmental problem of global warming into which we are now heading. The current climate change deniers who do so because of economic interests would be free to admit the truth and there would be no capital interests working to put doubt in the minds of governments and individuals.

Travel would be a matter for the individual to decide, as today, but without the restriction of having adequate money to do what you want. Go wherever you choose, no borders, no passports, no money required. Find a place to stay and then volunteer your labour for your two days a week to help produce the necessary goods for that community.

All of the above would be in place or in the works from day one in a socialist society. After all, we run the system entirely now, and we would have the legacy of capitalism’s means of production and distribution of goods already in place. For the human race to progress fully and fairly, to eliminate most, if not all, the major problems facing mankind today – war, poverty, and hunger, lack of even the basic necessities for many millions – we need to dump capitalism and start a system designed for everyone. If this sounds good, the sooner we start, the sooner we can all reap the benefits. But do not expect us to lay everything on a plate for you. It is up to the vast majority to learn about, understand, and want such a system to make it happen. You can start by joining the Socialist Party and working with us to be strong enough to put forward candidates and the case for socialism.
By ajohnstone at November 27, 2016