The Dark Night Shall End 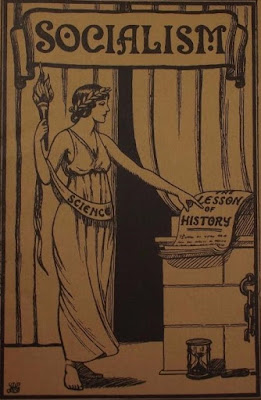 Opponents of socialism say we will all become slaves of the State and that socialism has been tried many times in various countries and has always proved a “failure.” Yet it has never been possible for socialism to prevail in any modern state, seeing that the state itself as an organised entity is essentially class-controlled – a plutocracy. Every government that can be named has been brought into existence for the express purpose of maintaining the domination of the propertied class, and to keep under subjection the proletariat or propertyless class. So long as individuals belonging to the propertied and dominating class continue to exercise control and ownership of the means of production, and decide the character of the law and the control of the judiciary, no country is ready for socialism. Socialism can only exist when the people collectively own the instruments and agencies of production and distribution untrammeled by sectional monopolistic power, now wielded by a selfish oligarchy. Socialism does not aim at making any, the slaves of governments, but to surely to get rid of all governments other than the self-government of free and intelligent citizens. Socialists desire a free state of society wherein exploitation will be impossible and minus armies of officials or parliamentarians.

Opponents of socialism often declare that there are so many definitions of it that it is well-nigh impossible to know exactly what socialists are after. To do a little towards removing this ground of complaint, first, let’s explain briefly what it is not. Socialism does not seek to destroy individuality but to make it possible for each person to develop his or her faculties up to the highest possible pitch of perfection.  Socialism is the recognition and adoption of the principle and practice of association of co-operation as against competition, of concerted action in the interests of all, instead of “each for himself and devil take the hindmost.” Socialism saddles upon each of us the responsibility of being our “brother’s keeper.” If a child, woman or man is starving, socialism says there is something wrong in our social system, and upon us, all individually and collectively rests the responsibility of righting the wrong. If one street or a dozen streets contain one slum dwelling or a number of such, socialism says raze the slum to the ground and let air and sunshine operate. If men are overworked, and so prevented from fully sharing in the joys of life, socialism bids us to immediately remove the overwork and see to it that every man and every woman shall have a fair share of all that makes life worth living. There can be no real socialism where exploitation obtains, under socialism no person can live idly upon the labour of others by receiving unearned income in the forms of interest, profit or rent. Therefore socialism means the complete supersession of the present capitalist system, of private ownership and control of land, machinery, and money. Therefore those who do not believe in the necessity for and the justice of the common ownership of the means of production should not call themselves socialists. We, therefore, declare that the present capitalist system is based upon the legalised robbery of the wealth producers by the land monopolists, machinery monopolists and financial monopolists, and the undoubted object of socialism is to get rid of these monopolists as speedily as possible.

Capitalism will give place to a federation of communities who will hold all wealth in common and would use that wealth for satisfying the needs of each member, only exacting from each that he should do his best according to his capacity towards the production of the common wealth. Of course, it is to be understood that each member is absolutely free to use his or her share of wealth as he or she pleases, without interference from any, so long it does not turn it into an instrument for the oppression of others. This view intends complete equality of condition for everyone, though life would be, as always, varied by the differences of talent and disposition; and emulation in working for the common good would supply the place of competition as an incentive.

The battle of the working class against capitalist exploitation is necessarily a political battle. The working class cannot carry on its economic battles or develop its economic organisation without political rights. It cannot effect the passing of the means of production into the ownership of the community without acquiring political power. To shape this battle of the working class into a conscious and united effort, and to show it its naturally necessary end is the object of the Socialist Party. The interests of the working class are the same in all lands with capitalistic methods of production. With the expansion of world communications and production for the world market, the workers in any one country become constantly more dependent on the workers in other countries. The emancipation of the working class is thus a task in which the workers of all nations are concerned in a like degree. Conscious of this, the Socialist Party feels and declares itself one with the class-conscious workers of all other lands. The Socialist Party strives on behalf of the whole people without distinction of nation, race or sex for emancipation from the fetters of economic dependence and political oppression. Industrial warfare is fraught with horrors every bit as brutal as military warfare. Until now the workers of each country, in turn, have been gulled that they are a wonderfully superior people to the workers of some other nation. Now we know how absolutely true it is that the interests of the workers of all lands are perfectly identical. Future fights must not be among the workers of one country and the workers of another, that is madness. The fight we are called upon to engage in is a part of a disciplined army of the world’s workers battling against the workers’ exploitation in every country alike. Socialism promotes peace and universal goodwill among all peoples. As socialists, we have no quarrel with the workers of any nation on earth. There is ample room for all in the world, it is only the conduct of industry for profit-making on behalf of the plutocracy that makes it appear each nation must fight every other nation. Stop this, and begin to produce for use and there is room for all and work for all.  Each for all and all for each. But to make this possible the exploiters must be got rid of. We declare a class war to get rid of classes, and ever after to have a people on the basis of economic equality.

Children are dying by the millions because they cannot command life’s necessaries and millions of men and women are barred by unemployment from getting life’s necessaries, this in the midst of an abundance of wealth the like of which the world has never known before. The time is ripe for great change. The future of the world is to be co-operative, and not competitive. There is an alternative: that of adequately supplying the needs of all; there is practically no limit to the population that could be maintained on the planet. To ensure efficiency of production, there must be free access to the raw material and machinery, therefore all private and sectional monopoly of natural resources or technology must disappear.

The present system of production is primarily for the purposes of capitalist profit instead of producing for the use. The object of the Socialist Party is to secure economic freedom for the whole community, ie, that all men and all women shall have equal opportunities in sharing in wealth production and consumption. New technology is constantly increasing and the only possible basis for all to share in these advantages is the co-operative basis. Working hours being regulated according to the efficiency of production and the standard desired by the community there could never be an unemployed problem, and exploitation ceasing as a result of local and global co-operation the existing anomalies of immense wealth for a few and hardships for the many could not obtain.
By ajohnstone at November 29, 2016