How to resist capitalism 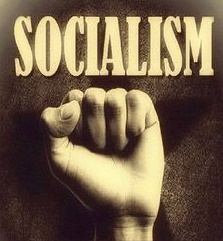 Consider this. Across the globe, there are literally hundreds of thousands of campaigns and protest groups and many more charities, some small, some enormous, all pursuing tens of thousands of issues, and their work involves many millions of sincere workers who care passionately about their individual causes and give their free time to support them unquestioningly. Many will have campaigned on some single issue for years on end with no visible result; others will have celebrated minor victories and then joined another campaign groups, spurred on by that initial success. Do you not think they might just be wasting their time?

Two things stand out.
Firstly, that many of the problems are rooted in the way our society is organised for production, and are problems we have been capable of solving for quite some time, though never within the confines of a profit-driven market system.
Secondly, that if all of these well-meaning people had have directed all their energy—all those hours expended on their myriad single issues—to the task of overthrowing the system that creates a great deal of the problems around us, then none of us would be here today. Instead, we could have established a world without waste or want or war, in which we would all have free access to the benefits of civilisation.

Every aspect of our lives is subordinated to the requirements of profit - from the moment you brush your teeth in the morning with the toothpaste you saw advertised on TV until you crawl into your bed at night. Pick up a newspaper and try locating any problem reported there outside of our “can’t pay—can’t have” system. Crime, the health service, poverty, drug abuse, hunger, disease, homelessness, unemployment, war, insecurity - the list is endless. All attract their campaign groups, all struggling to address these problems, and all of these problems arising because of the inefficient and archaic way we organise our world for production.

We’re unlike other political parties out to reform capitalism, who beg our masters to throw us a few more crumbs. We are not into the politics of compromise and we certainly are not prepared to be satisfied with crumbs. We demand the whole bakery! We urge you to stop belittling yourself and your class by making the same age-old demands of the master class. Demand what until now has been considered “the impossible.” Campaign for a system of society where there are no leaders, no classes, no states or governments, no borders, no force or coercion. Demand a world where the planet’s natural and technological resources are commonly owned and democratically controlled and where production is freed from the artificial constraints of profit and used for the benefit of all. Strive to achieve a world of free access to the necessaries of life.

Wouldn’t such a movement address the real root of every campaign and protest currently being waged? The choice is yours – the struggle for world socialism and an end to our real problems or a lifetime attached to the ‘Pick-A-Cause’ the certainty you will be retracing your footsteps in years to come.

We’re not being churlish here. It is heartening to see so many uniting in common voice. It reveals the workers can be mobilised around issues they feel are important. But from our experience - and we’ve had more than a 100 years’ experience of observing campaigns and demonstrations and protests around every kind of reform and demand imaginable (we’re the oldest existing socialist organisation in Britain) - we can confidently say that the real need is to address the cause , not the symptoms of the problem.  Palliatives make no significant difference to the established order, or to the way politicians think.

The task set before us is one of education, agitation, and organisation; the marshalling of forces towards the conquest of political power by working people bent on ending the system that exploits them and who understand the real cause of their troubles and the only way to end them – the abolition of capitalism. Enthusiasm and a fighting spirit are excellent and valuable things when rightly applied, but when it is wasted in fruitless directions it only leads to disheartenment and apathy. Why accuse new generations of repeating the past if they had been too young to have lived through it the first time? Because these young people have difficulties knowing the past we have to restate previous lessons. We do not deny the sincerity of many campaigners; the energy and ingenuity they displayed in tackling a job they considered important provides further proof that once working men and women get on the right track capitalism's days are numbered. But the time for reformist politics is over. None of our problems are going to be solved by tinkering with the economic and political systems as they are now. We do not have a few bad apples. We have a diseased orchard.  And from it, we have had one diseased harvest after another. Now is the time to re-plant.

The Socialist Party message, the same message we always deliver - Abolish the private ownership of the means of production and substitute for it the common ownership. The workers produce and distribute the wealth of to-day while the capitalists live like blood-sucking leeches. The workers run industry from top to bottom; we run society itself, and yet our jobs depend on the whims of the capitalist. The workers can just as easily run society for our own benefit as we now do for the benefit of the capitalists. We must oppose capitalism relentlessly and unceasingly
By ajohnstone at November 22, 2016