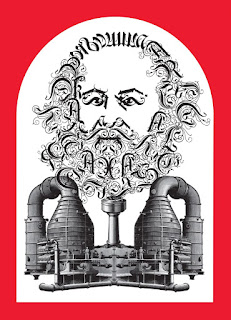 Unity does not mean locked-in agreement on every issue or detail, it does mean bringing together our presently atomised struggles for peace, the environment, racial, social, and economic justice together. None of our struggles can achieve our only objective for social change – socialism - without all the struggles joining in class solidarity.  We all know it but have not been able to bridge the divides.

Thus, we find ourselves in the eleventh hour of a deep global crisis of climate change with expanding wars. It is increasingly clear that all global people's movements must arise around the world to save the planet and civilisation. Hungry people are hungry for positive change. The transformational revolution needed by our people and our planet is possible. Organised groups must persuade fellow-workers of our common interests and to do this we need to be united in ways we have not been in the past but that is possible to do.

World peace, social equality, work for all and job satisfaction are what every worker, young and old male and female black and white, wants and needs. And they are exactly what capitalism cannot provide. Since the inception of capitalism and long after it had exhausted any and all of its initial progressive features, each succeeding period has produced its spate of apologists, confusionists, and mystifiers of the real nature of this brutal system of exploitation of one class by another, have offered reforms and palliatives to make capitalism work better. All to no avail. They still keep presenting a host of hopes and aspirations, sweeping all their past failures under the carpet.

There is surprisingly little discussion there is today among those who call themselves socialists about socialism. They concern themselves exclusively with the ‘practical’, ‘day-to-day issues’ of the class struggle, leaving the future revolution to take care of itself, little different from Bernstein’s famous saying ‘the goal is nothing, the movement everything’. If there is no goal, there is no movement.

Socialism means, above all else, that political and economic power is been taken out of the hands of the capitalists and placed in the hands of the people. Political power will be used immediately to place the means of production and distribution into common ownership, taking it out of the hands of the capitalist class. From the present day organisation of production for profit, the purpose will be changed to production for use, production of what is wanted and needed by the people. Work will become more interesting and more meaningful as its results will go entirely to benefit the people.  Industry will have only one purpose in socialism, to serve the people. Democracy will be extended in a way not imaginable under capitalism. Socialism will enable us to overcome the brakes placed on progress by capitalism. It will release the creative energies of the people, making it possible to meet their needs in food, clothing and shelter, and will open vast horizons of cultural and educational possibilities of which we as yet have no conception. Different classes will cease to exist. The oppressive functions of the state as we know them will become redundant and will wither away as they fall out of use. What will remain will be only a democratic administration of production in the hands of the people. With the harnessing of science and technology to industry, boring and repetitive work will be eliminated. Work for all will become as it is today for only a very small minority—interesting and satisfying. Mankind will be able to develop its talents and potential to the full. The boundaries between mental and physical labour will be removed as all people receive the freedom and means by which to exercise their latent abilities.

The Socialist Party is for depends on industry. The support of the majority of the population is necessary for the socialist transformation of society. The Socialist Party envisage the restructuring of the ownership and control of means of production in the economic process of society whereby the means of production will be controlled and owned in common by the working class and not by the capitalists.
the industrial cooperative commonwealth founded upon the social ownership of land and the means of production and distribution where the requirements of life, the responsibility for this production should rest with the community collectively. The control of industry today is left to the care of the capitalist class whose sole concern is to make profits for themselves, although life and death
By ajohnstone at November 08, 2016