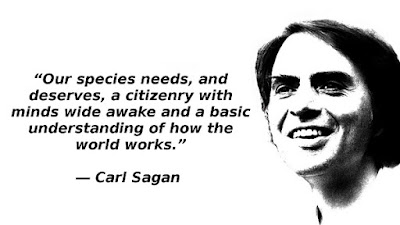 The Socialist Party rejects the idea that any one group should own or control the means of production. It seeks a class-free community where there will no longer be the need for the state, since there will no longer be any class to suppress, and the state will be replaced with common administration by all of society. Socialism will be able to make full use of the contribution of everyone in society while developing and introducing scientific methods to expand output. As new technology such as computerized automation can replace workers, workers will not be thrown into the streets, but transferred to other jobs – according to an overall plan – and the work-day for all workers will be reduced. The nature of work itself will change completely because workers will no longer be toiling to enrich the capitalists to further enslave the working class but to improve life and providing for the future. Workers will have more commitment and pride in their work because they are working for themselves and neighbours. Workers will no longer be a mere extension of the machine, as they are under capitalism but instead machines will become tools in the hands of the workers to improve society. The collective stored-up knowledge of the workers will be unleashed to inspire workers to make new breakthroughs.

Capitalism creates conflict. The main conflict is between the capitalists and the workers. Their class interests are irreconcilably antagonistic. There is also one within classes. Not only is there a battle between classes, however. It makes workers compete against one another. And it is not only workers who are often disunited and weakened as a class. Capitalists are divided too – competing corporations, rival nation states, and economic blocs. And their competition over markets, raw materials, and strategic positions often breaks out into open war. These wars are not fought over pious ideals like justice, nationhood, democracy or religion. They are fought over power and control related to the need of capitalists for markets, sources of raw materials, investment outlets, trade routes and the strategic positions to defend all these.

The capitalist system, however, has been responsible for building up technology to the point where we now have a potential abundance of wealth. Compared with previous ages, advances in agriculture, science, and technology have made it quite possible to produce an abundance for every man, woman and child on the planet. Yet, scarcity still exists. The world's population lives in varying degrees of poverty. Millions are starving while harvests are stockpiled or destroyed with some farmers paid to stop producing. For the working class, in the present age of potential plenty, rationing by the money system, denies many of us access to the necessities of life, much less its luxuries. In an age when we could produce for use without anyone going short, producing for sale and profit is an obstacle to the real satisfaction of human needs and desires. Socialism is the free association of the world's people, a global community which can make arrange to use the world's resources for the benefit of all. This will mean selling one's ability to work in order to gain some access to wealth, an end to separate nation-states and an end to all forms of exchange and therefore the requirement for money. Instead, people will have free access to all available goods and services according to their own self-defined needs. Socialism will come as a welcome relief.

Humanity will not be miraculously transformed into angels and saints, full of "goodness" or "kindness" or "gentleness"; but the pressures which now stops them being all of these things will disappear– shortage of money, fear of unemployment, fear of crime, fear of strangers fear of war and fear of the boss. All of these neurotic responses and frustrations arise directly out of the capitalist organisation of society. When we end capitalism, we shall have removed these influences upon the thoughts and actions of every member of the working class. Socialism does not require us all to suddenly become altruists, putting the interests of others above our own. In fact, socialism doesn’t require people to be any more altruistic than they are today. We will still be concerned primarily with ourselves, with satisfying our needs, our need to be well considered by others as well as our material and sexual needs. No doubt too, we will want to “possess” our personal style in clothes and other things of personal use and to feel secure in the place we live in, but this will be just that— a home and not a financial asset. Such individual “selfish” behaviour will still exist in socialism but the acquisitiveness encouraged by capitalism will no longer exist.

"Humans have evolved gregariously. We delight in each other's company; we care for one another. Altruism is built into us. We have brilliantly deciphered some of the patterns of Nature. We have sufficient motivation to work together and the ability to figure out how to do it. If we are willing to contemplate nuclear war and the wholesale destruction of our emerging global society, should we not also be willing to contemplate a wholesale restructuring of our societies?"  Carl Sagan, Cosmos
By ajohnstone at November 11, 2016