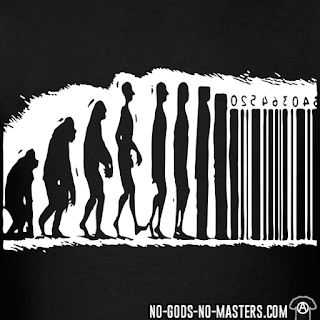 People like you and me go to work, sweat out our jobs—in factory, office, home—those “lucky” enough to have work. Some—a goodly number—fret out their time in quiet desperation wondering how they are going to make ends meet on what little unemployment dole cheque they get.

We work when we can, some five days a week, others accepting overtime to pay bills and the mortgage. We try to build up a fund to live comfortably enough to keep paying bills and accumulating goods in the belief that we are living the good life. We try to plan a future, get married, and raise kids, in a world where everything has become a commodity for sale—with the forced message from television, radio, and newspaper to buy, buy, buy because that is how we will supposedly find happiness. Meanwhile, we keep a watch over our shoulders in the hope that the latest round of economic “restructuring” and “rationalisation” and “globalisation” won’t throw us on the economic rubbish heap.

This is the best of all worlds, we are told, even though the corporate powers that be know that all is not well; that recession is constantly nipping at their heels. They tell us, “There is no alternative.”

We are the workers. We’re the ones who build things, make things, provide services, make things work, provide the ideas. But though we build the world around us, it does not belong to us. We produce not for ourselves, but at the behests and whims of others.

How did it come to this? How did we end up with a worldwide society in which there is an overwhelming majority forced into this situation while a few—the ones who own capital, the means of producing things, by right of a thing called “ownership”—are the ones who “employ” us and live off this thing called “profit”? It’s certainly not any part of nature’s order to have a society which is divided between those who are workers (the many) and those who are capitalists (the few)—this arrangement is entirely human-made.

We, as workers, have a history. You see, what we call the working class didn’t always exist. It was created. Some six hundred years ago, the idea of a vast majority of people really owning nothing except their ability to work and working for a wage or salary in order to survive would have been considered preposterous.

That old philosopher Karl Marx made the comment that capitalism came into existence with much violence and bloodshed. It’s true. Peasants— independent producers—were driven by starvation from their land. Clan systems of ownership such as in Scotland and Ireland were forcibly destroyed. Small producers of goods had their livelihoods taken away from them. People were forced into the cities and towns through arrest, starvation, or maiming by the powers that be, with assistance from the Church and State laws.

It was a common occurrence across the face of Europe. In Africa, whole peoples were torn from their homes and sold as slaves. Capital and those who owned and controlled it conquered every sphere of activity to make a society where everything is for sale with a view to profit (and the profit for a few). It made inroads to destroy the economies of South America and Asia.

At each stage of the game there was a revolt by our ancestors because being forced to work in factories and workshops for a wage meant dehumanization on a vast scale. Workers stood ready to smash the machines and workshops; they rallied to build unions(often at the expense of their own lives, brutalization, threats, exile, and imprisonment). At times they rose to desperately try to change these conditions.

We have been divided by clever mystifications, by the colour of our skin, men against women, one religion against another, and on the basis of sexual preference, and it has been used well against us, making us compete against each other and making us ready to wage war upon each other at the whim of governments.

When the cost in human misery was too great, a myriad of reforms was presented by politicians—a tinkering with the system to aĴempt to put a human face on it. Yet reform after reform has not brought us any closer to any solution of the problems inherent in the system itself. Old notions die hard. Just as the rulers of ancient empires told their slaves that slavery was the natural order of things, and just as the feudal lords told the serfs and peasants that their society reflected the natural order, so we too are told that capitalism and the rule of profit is natural; that there is no alternative. It’s taught to us in schools, through the media, through the regulation of everything we do. What they have not been able to take away from us is our ability to think. There is an alternative. Everything that has been built around us is the result of our work and yet we don’t work for ourselves.

The fundamental fact is that this system we call capitalism, like any other economic system, is the creation of men and women. And men and women can choose other systems. As long as a system is in place, be it the so-called “free market” or state control (what some people mistakenly or deliberately pass off as “socialism”), workers will remain in their positions and nothing can change. Society will remain geared to the creation of profit, a society ruled by the needs of capital rather than the real needs of people.

Some of us have banded together. We call ourselves socialists and have joined the Socialist Party, working together with other companion political parties in the World Socialist Movement. We are not politicians, we do not propose to lead anyone to the “promised land”, we do not advocate reforms or state controls, and we do not promise any utopias. We too are workers, but with a vision of workers creating a fundamentally different kind of society. It can be done.