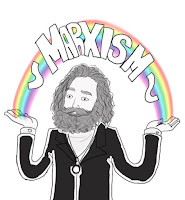 Socialists do not only want to interpret the world; they want to change it for the better.

In Capital, Marx developed the labour theory of value which proved “…the value of every commodity is determined by the quantity of socially necessary labour time spent in its production.” From this, Marx revealed the creation of surplus value as the basis of capitalist exploitation of workers. “The worker spends one part of the day covering the cost of maintaining himself and his family (wages), while the other part of the day the worker toils without remuneration, creating for the capitalist surplus value, the source of profit, the source of wealth of the capitalist class. “By destroying small scale production, capital leads to an increase in productivity of labour and to the creation of a monopoly position for the associations of big capitalists. Production itself becomes more and more social – hundreds of thousands and millions of workers become bound together in a systematic economic organism – but the product the collective labour is appropriated by a handful of capitalists. The anarchy of production grows, as do crises, the furious chase after markets and the insecurity of existence of the mass of the population.”

Socialism is scientific when compared to the visionary schemes of the earlier utopians. Scientific socialism differs greatly from the earlier visions of the utopian socialists such as Saint-Simon, Fourier and Robert Owen, who saw socialism mainly in terms of reforms and moral re-education to make capitalism more “humane”. It is scientific because it recognises the reality of class struggle as the main agent for change in society, as opposed to the concept of just changing individual attitudes. Marx identified the working class as the class created by capitalism, the class with “nothing to lose but their chains”, the class with the historical mission to liberate itself and all humanity from the tyranny of class rule forever. Socialists champion the cause of the working class for the abolition of classes and class society.

Marx developed the theory of Materialist Conception of History to explain the process of society change – the rise and fall of social systems, of different social classes, of political and religious ideas. Defining the economic base as the cause of social development and change does not do away with the role of human ideas leading to change, but it certainly does condition the scope and timing of these ideas. “Men make their own history, but they do not make it as they please; they do not make it under self-selected circumstances, but under circumstances existing already, given and transmitted from the past.” (Marx 18th. Brumaire of Louis Napoleon 1852)

In other words, ideas don’t just fall from the skies.

Marx defined socialism as a class-free and therefore state-free society, in which all people contributed to the common good, and in return received all their social needs; “From each according to his ability, to each according to his needs!” (K. Marx Critique of the Gotha Programme, 1875)

Socialism should not be confused with government-operated industries that function as modern capitalist economies. These exist as a means for the capitalists, as a class, to avoid the huge cost of providing all the capital for the construction and maintenance of infrastructure such as roads, railways, seaports, power grids, etc. Nor do they wish to pay for services considered unprofitable, such as education and medical facilities in working class suburbs, emergency services, armed forces, and so on. No, the whole of the capitalist class is forced to shoulder the burden for these things through taxation and government charges.

Socialism is a world society based on human cooperation without the divisions of class or nation. Reformism is based on acceptance of the permanence of capitalism. It is a major obstacle in the way of  socialism. The Socialist Party recognises the workers’ willingness to struggle to maintain and sometimes even improve basic wages and working conditions, as well as to protect hard-won democratic rights. This attitude is summed up in the slogan, “If you don’t fight, you lose!”

Trade union activities are only concerned with the day to day issues of wages and conditions. Reformism is reduced to half-hearted deals between the pro-capitalist parties and minor legislative changes designed to alleviate immediate problems. The Socialist Party differs from other political parties in that it completely wants to change the society’s economic organisation and advance the social emancipation of the working class. The imperfections of today’s society are the capitalist way of production. The interests of the working class are the same in every country with capitalism. With the development of world trade and the production for the world market will the position of the working class in one country become dependent on the positions in all other countries. The emancipation of the working class is thus a project, in which every people of the world must take part. With this the Socialist Party declare themselves being a part of the socialist movement in all countries. The most fundamental problem for the Socialist Party concerning the many workers’ organisations is that what they are pursuing is not socialism. What do people have to show for it? Have there been reforms? In many cases, yes – even significant ones like large-scale social welfare benefits. Has exploitation been ended, the enrichment of a few on the labour of the many? Hardly. Poverty? No. Is the economy planned to benefit the people? Of course not. Have workers gained self-management of their work-place. No. What is more, and this is crucial, all the workers’ organisations do not aspire to this! They are content with the continuance of class divisions and the dominance of the capitalists. Reformists do not seek to challenge the existing structures.

There is no longer an excuse for a hungry person. All the materials and all the forces are at hand and easily available for the production of all things needed to provide food, clothing and shelter for every man, woman and child, thus putting an end to the poverty and misery. But these materials and forces must be released from private ownership and control, to be socialised and democratised, and set into  motion for the common good of all instead of the private profit of the few. A capitalist world can never be a free world and a society based on division, strife and hatred cannot stand except by means of coercion and force.
By ajohnstone at November 03, 2016