Only socialism can end capitalism 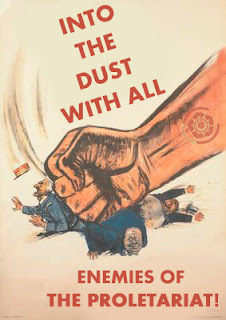 The Socialist Party lays down a thoroughly democratic procedure for the conduct of its affairs. Control of policy is in the hands of the members; there are no leaders and never have been. Democratic procedure has been maintained throughout the Party's existence and is a practical refutation of those who argue that all organisations must degenerate into any bureaucratic rule. In fact, a democratic structure without leaders is the necessary form of any real socialist party. Everyone who applies for membership of the Socialist Party is asked to show that they understand and agree with what we are aiming for and how we expect to reach our goal. All sorts of false ideas still exist about how to bring about the change to a socialist form of society. The Socialist Party has worked consistently to make socialist principles known and to expose the many erroneous and dangerous theories that have attracted support among the working class - foremost among them being the notion that capitalism can be reformed to run in the interests of the workers. There is no magic formula that can by-pass the process of building a democratic world-wide socialist movement. The process is slow because workers still have faith in capitalism and trust in a political party’s reforms to improve it when it fails them. The Socialist Party presents an analysis so that our fellow-workers can begin to think differently. We seek a change in their attitude to take place.  It all hinges upon the readiness of the working class for the change that is to take place. If the great majority do not have a clear idea of what needs to be done and a firm resolve to do it, then it does not matter what methods are used--they will fail.

Many have sympathy with the socialist idea of a world of common ownership and free access to replace the present system of buying and selling but say that such a transformation is such a long way off that in the meantime we must still aim for improvements within the framework of the existing system. They point to the changes that have taken place in people’s lives since the nineteenth century and that children no longer run around without shoes on their feet, no-one starves, medical facilities are available to all, everybody receives an education, and many people own things previously undreamed of - a car, a house, and a host of gadgets. It is worth trying to get more of these improvements, they say, and the best way to do it is to press governments for reforms. It may also seem that public agitation for reforms does a lot to help, as when abortion and homosexuality were legalised after many years of campaigning. While at other times very large reform movements such as the Campaign for Nuclear Disarmament and the massive turn-out to oppose the Iraq invasion produces no alteration in government policy at all.

What distinguishes the Socialist Party from those who also want a class-free, state-free, wage-free, money-free society of common ownership and democratic control is our view that parliament can, and should, be used in the course of establishing such a socialist society. There is a strong sense of disenchantment with the world as it is which exists through the failure of the system to solve the many social problems. But still, the mistaken idea that the nature of the present system can be changed by reformism of one kind or another, or by state control continues to prevail. Governments have been formed with the intention of changing the nature of capitalism, so as to bring about a society which could work in the interest of the whole community. Far from being able to control capitalism, all governments have found themselves dancing to the tune played by economic forces. No government has succeeded in controlling the economy or the market system for the benefit of the whole community. To those who might think that political action could be better directed at “improving” capitalism, we say that those who took the same view in years past contributed by default to the present status of society. A sane society cannot be postponed without accepting the consequences of postponement.